2019 Buying and Selling
Worcester Inventory Plummets in Last Year
Previous article
The Local Summer Plans You've Been Looking For
Next article
How Many Homes Should I See Before Making an Offer?

July 2019 – The Worcester real estate market has seen a 41.4% decrease in the amount inventory this year.  As of last Friday, July 12th, there are 196 active single family, multifamily and condo listings for sale compared to the same day last year when there were 334 homes on the market. 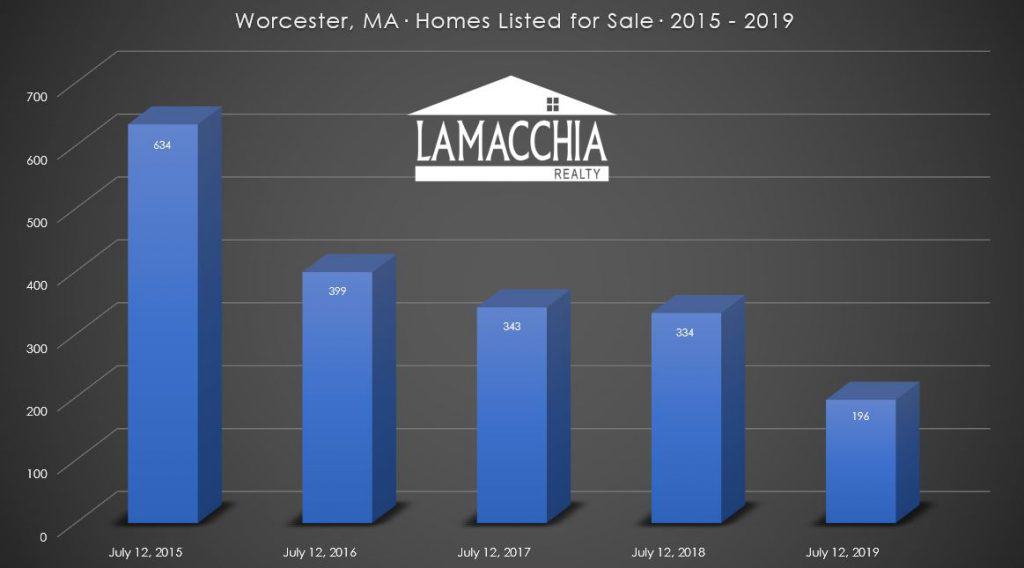 ”The Worcester market is on the rise. It’s the second largest city in New England and there’s a great supply of good homes there. I’m very impressed with what’s going on across the city, like the PawSox relocating there and the Railers. The fundamentals are strong, and the buyers are there.”

Worcester is still going against the grain as Massachusetts inventory has increased by 5.6% and Boston’s is up by 30.5% since last year.  Although we can account for at least some of Worcester’s 41.4% decrease in inventory with the 15.2% fewer homes listed for sale in the first half of 2019 than there were in the first half of 2018 (down by 207), it doesn’t account for the decrease entirely.

We also attribute the diminishing inventory to the fact that more homes sold in 2019 than in 2018.  There were 881 homes sold from the beginning of January to the end of June in 2018 and 888 in the same time frame in 2019, which means that with less listed homes and more homes purchased, it’s a simple numbers game bringing inventory numbers down. 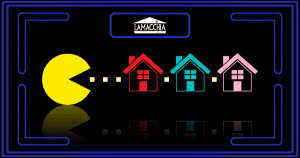 Essentially, the Worcester real estate market is booming, and it is eviscerating inventory as buyers consume properties almost as soon as they’re listed.  We’ve referred to this as the Pac-Man effect, originally in this blog on how the market swings in and out of buyers and seller’s favor depending on the time of year. According to this level of demand and lack of supply, it is definitely a seller’s market in Worcester and potential sellers should be very motivated to list their homes.

This market climate fosters bidding wars thereby driving prices up.  Compared to last year, prices have increased by 11.6%, going from $240,089 to $268,019 due to this increasing demand and consequently 32.4% fewer sellers (296 compared to 200 in 2019) have had to adjust their prices to sell.  Buyers will pay more than asking if it comes to that and it has.

As seen all spring during the height of the sellers’ market, hungry buyers compete for homes by offering a number of things to entice sellers in a multiple offer situation.  Sellers will likely see buyers willing to offer more than asking which accounts for the rapidly increasing prices, more attractive closing timeframes, potentially waived or info-only inspections, and more- giving sellers the option to pick the best offer.  Even though summer is not as much of a seller’s market as winter and spring, buyers still need to come prepared ready to strike with strong pre-approvals and be willing to be flexible on terms where possible to entice sellers.

Previous article
The Local Summer Plans You've Been Looking For
Next article
How Many Homes Should I See Before Making an Offer?
Tags: