Earlier this month we reported on how Julian Castro, Secretary of the U.S. Department of Housing and Urban Development (HUD), announced that a .25% reduction in mortgage premiums would be effective on January 27th, 2017, but upon his inauguration on the 20th, President Trump indefinitely suspended this order among others. 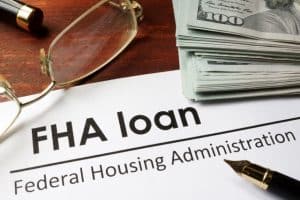 It tends to be standard operating procedure for an incoming administration to issue an executive order to freeze the recent actions sent in place by the outgoing administration.  In this case, the Trump administration followed suit and suspended a broad spectrum of rules proposed by the Obama administration over the past two months and this included the mortgage insurance premium rate cut.

The Federal Housing Administration (FHA) is a division of HUD which typically provides mortgage loans to first time homebuyers as a result of their low down payment options.  These federally backed loans require an upfront fee as well as mortgage insurance- which was and will now continue to be 0.85% of the loan amount each year.  The housing crisis incited the rate to inflate substantially to refund and stabilize the FHA program.  The proposed cut would have brought the rate down a quarter of a percentage point to 0.60%, the rate it was before the crisis, which was projected to save borrowers an average of $500 a year and incentivize people to purchase homes.

This delay does not necessarily mean that the rate reduction won’t eventually be reinstituted, but it first needs to be examined to ensure it won’t destabilize the viability of the FHA due to less money coming in from the reduced premiums.