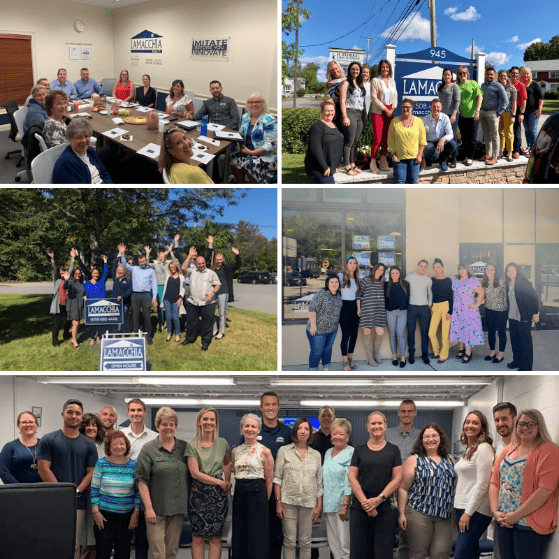 Back in August at the annual Lamacchia Realty Summer appreciation event at Thompson Island, Anthony Lamacchia announced a new initiative where seven innovation teams would convene: one team per each of the six offices and one for Lamacchia staff.  The goal of these teams was to brainstorm ideas and areas of improvement and to create some fun competition between the offices. These ideas could be about improving technology, systems, products, services, or processes – anything that would elevate the company. Meetings were conducted in late September and early October and the most innovative ideas were presented to the management team.

Immediately following those meetings, many changes were made to various products and services, including the company’s Prelist Services that has over a 95% adoption rate for all of the companies listings.  Other ideas for marketing materials and other areas of interest have also since been implemented.  When the competition was rolled out it was stated that whichever agent came up with the winning idea would have no tech fees for all of 2020 and the office that presents the most innovative idea would get 500 postcards for a one-time drop in March 2020 for every agent who attended and participated in the innovation meeting. 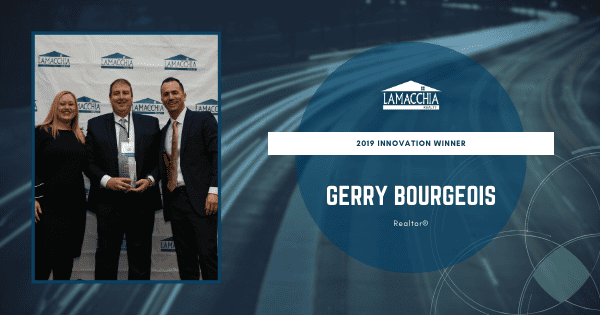 After reviewing the many ideas received and implementing some almost immediately, the winning idea came from Realtor Gerry Bourgeois. Gerry suggested there should be a single page on our CRM that has direct links to the various websites agents use every single day. This page will make it significantly easier for agents to navigate the sites and systems agents use by allowing them to access everything in one place. This new initiative has been named The Launchpad and was announced on January 16th, following a tremendous number of updates to the company’s system that have been made to it in the last few months.

Anthony announced this along with several other large enhancements to the LamacchiaForce CRM including the new LamacchiaLinks system yesterday at the annual company kickoff on January 16th.

Lamacchia Realty fosters an innovative culture where new and creative ideas are always encouraged to be brought forward, allowing the company to continuously improve. Because of this, the company and its agents will continue to grow and set itself up for success, building momentum for even more growth and development in the years to come.