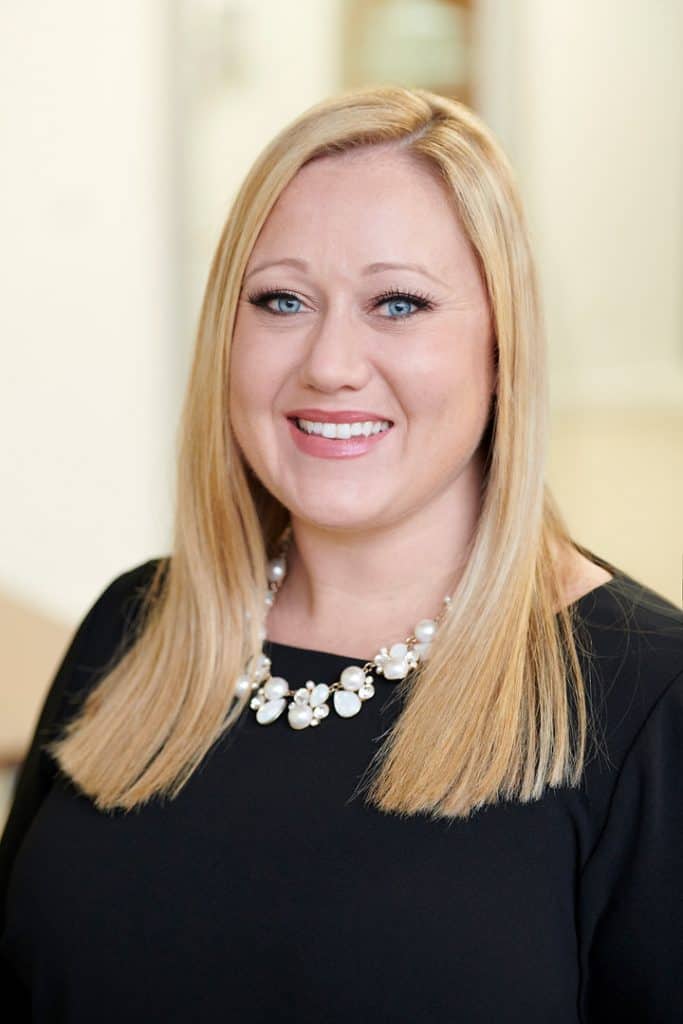 Sarah is the Vice President of Finance for Lamacchia Companies.

Sarah grew up two streets away from Anthony in Watertown and has known Anthony since they were about ten years old. She, Anthony and Anthony’s wife Nicole have been the best of friends since they were teenagers. After High School, Sarah attended Stonehill College where she received her Bachelor’s Degree in Elementary Education. Today she lives in Waltham with her husband and two children.

In 2004 Sarah began working for Anthony on a part-time basis out of his home office doing some bookkeeping. By 2005 she was hired full-time and has never looked back. Sarah has literally done some form of every position in the company. She started as an administrative assistant handling various tasks such as answering phones, creating marketing brochures, listing homes for sale, paying bills, depositing checks, transaction management with buyers, sellers, other agents, attorneys and so much more.

From 2007 to 2010 before there were any other managers, as office manager Sarah was handling the majority of the hiring, training of staff members and creation of processes. Since 2010, she has continued to be involved in all facets of the company including a few years as Director of Operations and worked with Anthony to identify and solve problems whether it be in operations, sales, or systems.

Sarah played the biggest part in the development, creation, launch and maintenance of the customized Salesforce CRM that was built in 2014 for the agents and to run the company.

Today she spends most of her time overseeing all of the accounting for all of the companies.  She works hand and hand with Anthony for budgeting and the bookkeepers to be sure that the companies continue to be well capitalized and organized financially.  As a member of the company’s official leadership team she is involved in all major decisions on direction of the company.

Just in time for her 15th year anniversary at the company, Sarah was featured in Boston Business Journal in September of 2020. In the article, 5 Minutes with Sarah Chaisson of Lamacchia Realty, she discussed both her long history with Lamacchia Realty and her aspirations for the company in the future.

“I love spending time with my husband and my twins, cooking, reading, sitting by my parent’s pool and going on vacation.”

“I find it very rewarding to help people every day! I also enjoy training staff and doing behind the scenes work.  Since I have been here since day one, it has been amazing to see the progress we have made as a company.”