The Federal Housing Finance Agency (FHFA) announced changes to lending practices for second/vacation homes which will officially take place on April 1st. However, many lenders are already following the new guidelines. These changes include an increase in rates by as much as 1% as these purchases will now be treated more like an investment property, whereas before they were treated similar to a primary residence which determined the mortgage rate and down payment requirements. Down payments requirements are also changing as part of these new lending practices.

For example, a rate increase of 1% on a $500,000 mortgage causes a loss of $80,000 in buying power or an increase of $400 to the monthly payment.  Down payment requirements increasing from 10% to potentially 20% significantly reduces buying power even more, allowing for fewer people to qualify for a mortgage on a second/vacation home.

The FHFA has altered these policies due to the immense increase in second/vacation home purchases seen from the pandemic and the increased popularity of rental apps such as Airbnb and VRBO. The Surfside Tower collapse also played a role in these changes. With people having more flexibility to work from home, many people decided to purchase an additional home elsewhere. Historically, second/vacation homes have been treated as a primary home purchase and fell under those lending guidelines, taking away from funds meant for primary residences. Therefore, the FHFA is trying to reduce the number of second home mortgages that are processed through Fannie Mae and Freddie Mac conventional loans as their main goal is to fund primary residence mortgages.

Fannie Mae and Freddie Mac have similar charters – both purchase loans from banks and other lenders. But the difference is that Fannie Mae typically focuses on large banks and other commercial entities, whereas Freddie Mac provides loans through smaller banks more seen throughout local communities.

Though this technically takes place in April, lenders are already responding, and pivoting based on these drastic changes. These changes coupled with the increasing mortgage rates across the board will make buying a second home much more costly and is already decreasing demand.  However, demand is so high that it will likely take until summer to notice a real change in the amount of sales or sale price increases.  We do not expect prices to go down due to this change, but we are confident the price increases will slow because of it.

Jumbo loans, which are those processed for amounts higher than the loan limit, haven’t been impacted yet, but are predicted to in the first half of the year.  In January this year, condo and co-op loan requirements were updated by FHFA with more stringent guidelines with regard to pending or active special assessments. 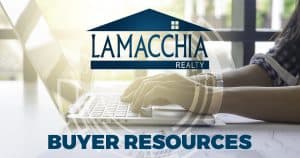 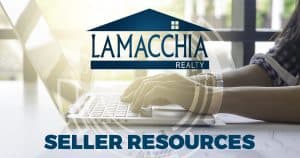