President Obama signed a bill into law today that will delay huge flood insurance premium increases for millions of homeowners.

The legislation, “Homeowner Flood Insurance Affordability Act of 2014,” reverses much of the Biggert Waters Act (which became law in July 2012 and went into effect October 2013) in response to FEMA having to pay out claims due to major disasters like Katrina, Irene, and Sandy. The Act made changes to The National Flood Insurance Program (NFIP) which offered government-subsidized policies for properties in flood risk areas.

Biggert Waters required the NFIP to raise rates to reflect true flood risk and forced homeowners in flood zones across the country –including many areas of Massachusetts—to experience significant increases in their flood insurance rates.

The new legislation signed into law today is good news for millions of homeowners living in designated flood risk areas.

What the New Law Means for Homeowners

Insurance premiums could still go up for homeowners, but not by more than 18%. Biggert Waters required increases to occur in just four years, which resulted in some policyholders having to pay tens of thousands of dollars annually. The new law will allow increases to occur gradually over several years.

As part of FEMA’s Flood Map Modernization Initiative, flood zone maps are in the process of being updated. These flood zone map updates have placed thousands of properties in flood zones that weren’t considered at risk for flooding before. The new law will restore the flood insurance grandfathered rates, meaning homes that complied with the old flood maps would not have to pay large increases when the new flood zone maps show greater risk of flooding.

The proposal also includes an annual $25 surcharge on all flood insurance policies for primary residents. Owners of businesses and second homes will pay $250 annually.

Another provision in the law means home sellers can now pass their current flood insurance rates on to those people buying their homes instead of requiring purchasers to pay high rates immediately.

This law also provides refunds to homeowners who overpaid premiums once Biggert Waters went into effect.

How to Find Out What Flood Zone Your Home Is In

You can view the current flood zones by going to the FEMA website Flood Map Tool.

You can enter your address to see which zone your home is in. You can also view your flood risk profile by going to www.floodsmart.gov. 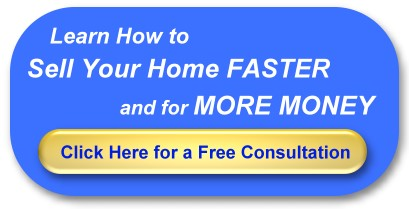 Previous article
Home Sales in February Drop - Will It Continue?
Next article
6 Ways to Get Your Home Ready to Sell in Just 30 Days
Tags: