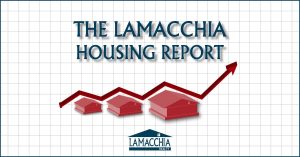 The Lamacchia Housing Report presents overall home sale statistics and highlights the average sale prices for single family homes, condominiums, and multi-family homes in Massachusetts and Southern New Hampshire for October 2016 compared to October 2015. It also looks at other metrics like Homes Listed and Pending, as they are often the best indicators for predicting future trends in the market.

Massachusetts had a very interesting month this October. Sales fell in almost all categories, leading to an overall decrease in sales in MA from last October, while prices rose across the board, contributing to an overall increase in average prices. 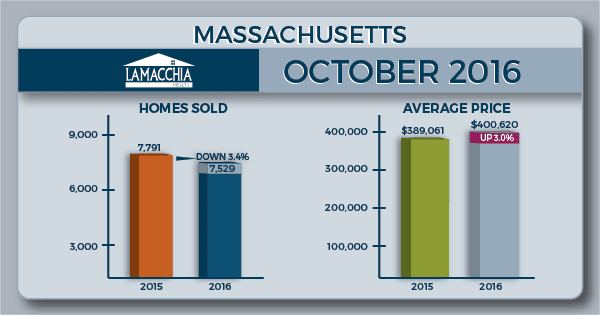 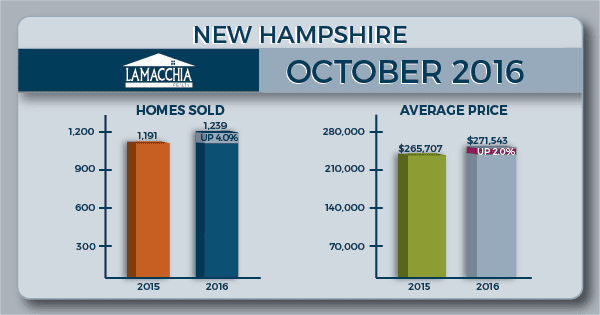 There were 8,442 homes that went pending in October 2016 in MLSPIN compared to 8,732 in October 2015, which is a decrease of 3%.  Market activity was slower in October as it typically is but it was interesting to see the total number of pending properties come in lower considering that the rate of pending’s per week was higher. October 2016 rate of pending sales per week was 9.83% compared to 8.04% last year.  The reason being that inventory of homes for sale was about 20% lower throughout the month so there were less homes to sell. Pending sales were up about 10% in the first 15 days of November so the year should end fairly strong.

October was undeniably a slower month for the market and closed sales.  This is why we gave buyers 4 Reasons to buy now and not wait until Spring.  The market has picked up since the beginning of November so although home sales may be flat or down slightly in November, they should be up in December. If you are a home seller who is serious about selling your home, you should not take your home off the market.  We recently put out a myth busting blog that talks about how homes do sell during the holidays.  So far the rapid increase in mortgage rates since the election have not slowed down the market and buyers seem to be unphased.  However, if they were to continue to increase, it would eventually slow down the market. It will be interesting to see what takes place as we close out 2016! Stay Tuned!

Previous article
Termites Can Directly Affect Buying or Selling a Home
Next article
Help Us Share the Holiday Spirit with Franciscan Children’s!
Tags: