New Home Construction at Its Highest Level in Four Years

New construction of homes is up in Massachusetts and New Hampshire. This is good news for the housing recovery and will boost job creation. The National Association of Home Builders estimates that each home built generates 3 full time jobs and $90,000 in new tax revenue.

New construction of homes in Massachusetts and New Hampshire is up, at its highest level in four years so if you’re on the market for a new home or perhaps if you’re selling what does this mean for you, here with us to explain are John and Anthony from Lamacchia Realty good morning gentlemen.

All right so we’re saying this is good news I assume, why is that?

So why all of a sudden is the demand going back up?

Well you have a number of reasons there’s less supply, you’ve got rents starting to go up in the past couple of years they’ve crept up so buyers are realizing purchasing makes more sense and you still have the lowest interest rates in history so all of that combined as Anthony highlighted as new construction had dipped so much there’s a certain buyer pool that wants new homes and when there are so few in Massachusetts historically then we went into that rut now we’re starting to see a little climb in certain markets they’re flying off the shelves.

Isn’t that funny? Because you think about Massachusetts and New Hampshire really and you think there are older homes and I would think people would want to take their money and rehab an older home because they love that charm but it’s not necessarily the case.

Well some are beyond repair and some of them it makes more sense, for instance I’m selling one this week in Waltham, that’s new construction they’re some nice buyers and that’s a case of an old home that was knocked down, a good builder took the house down and put up a new one, and the buyers are happy as could be and will own it on Thursday.

So what’s the process here if you’re in the market for some new construction I mean, are we talking about buying from a builder, or what if you want to build your own house—you buy the land and how do you even get that process started?

Yeah that’s a little more complex if you’re just buying the land, trying to find a GC to oversee it, buyers typically , first advice we give every buyer is have a buyer agent even if you’re buying directly from a builder, typically they have a seller agent who is representing them, and you know, you can still haggle, you know just because it’s a buyer’s market still, but sellers are getting a little bit more leverage you still need to do homework you can negotiate the price you can add on a bunch of things that I was just with a friend who bought a home outside of Bolton, and the builder didn’t even include gutters, you got to include those things! You do need gutters in New England you know so some of the basics, make sure you’re represented, make sure you’re still haggling for a good price and make sure you’re getting those upgrades that you know you can get if you push a little harder.

Is this bad news perhaps for people who are trying to sell their home and maybe it’s not new construction?

And speaking of which, home sales are up from last year that’s obviously good news to you.

Every month and we’ve talked about that here a number of times and we’re going to have good news in January because I know when we finish the year end reports things are going to look good there’s no question. Right now there are about 60,000 homes that have sold year to date in Massachusetts compared to last year at this time there were 50,000, there is absolutely no question things are looking up and in 2013, we’re going to see prices lift across the board

You guys are happy.

Yeah our sellers are happy and our buyers should be happy as well.

All right, John and Anthony we appreciate you guys being here

I was going to say if I won that Powerball which I’m not playing but if I won I’d go out and buy about a thousand houses because things are definitely looking up.

You’d be the cash board.

It might just be McGeough Realty at that point!
[/toggle_content]

This year’s home sales have shown a strong improvement. September marked the 9th straight month home sales in Massachusetts and New Hampshire have increased this year. The demand for homes, however, has outpaced the current supply.  The National Association of Realtors reported last month that listed inventory is 20% percent below a year ago when there was an 8.1-month supply.

The Boston Foundation released their annual Greater Boston Housing Report Card this week which analyzed housing data from the Warren Group to provide insights into the current housing market. The report cites two different housing market forecasts: one based on current trends and one based on stronger economic growth in Massachusetts. Both forecasts predict a need for more homes to be built: at least 12,000 homes a year under the current trends, and if the economy continues to strengthen, the report recommends tripling the overall production from current levels to more than 19,000 units per year.

The demand for homes in Massachusetts is increasing for several reasons. The strong economy is attracting more workers looking for housing. Interest rates remain at record low levels attracting more buyers. As monthly rents continue to rise more people realize owning a home can often be cheaper than renting. And more retirees are entering the market looking to downsize. With an increase in demand and fewer homes for sale, there’s an increase in competition for homes, which can increase prices and even multiple offers on homes. 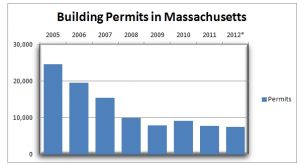 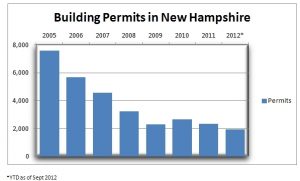 Previous article
How Termites Can Affect Buying or Selling a Home
Next article
John and Anthony Discuss New Home Construction at a Record High
Tags: