Mike was born and raised in Watertown and coincidentally grew up four doors up the street from Anthony although he was a few years behind Anthony in school. He and Anthony were also on the schools wrestling team together.  Mike began his career in Real Estate straight out of college in 2007 which isn’t the typical route into real estate that most take. Later that year he ran into Anthony at a mutual friend’s cookout and they began talking. Shortly thereafter, he contacted Anthony and the rest is history. He started in 2008 as a buyer’s agent. By 2009, as the market took a turn for the worst, he began handling the companies’ foreclosure sales on behalf of many banks and government sponsored enterprises. By 2010, he was overseeing a team of five people and they were selling hundreds of properties. Since selling foreclosed properties was not in the company’s long-term plan Mike transitioned out of it by 2011 and begin focusing solely on listing sales.

By 2012, Mike was named Sales Manager. He created and oversaw a small team of agents who handled all of the incoming business from the television ads. That team signed up between 400-600 listings a year until 2015 when the company transitioned into a brokerage model. Mike single-handedly signed up at least a hundred home sellers every one of those years.

In June 2016, when multiple management changes were made, Mike was promoted to Director of Sales to oversee buyer and seller sales for the entire company. In that position, Mike, oversaw all buyer and seller leads coming into the company along with all sales related activities to be sure agents were converting and selling as many homes as possible.  Mike has personally taught hundreds of agents how to correctly work with buyers, sellers and more.

In 2017 Mike mentioned to Anthony that if we could ever find a way to help home sellers “trade homes like cars” we could be wildly successful with it.  Then again in 2018 Mike brought it up again but this time he got to work on a plan and began testing it in the fall officially launched the companies sought after  Offer Now program for Lamacchia Development.

Since the program has grown to be so successful by July 2019 it turned into Mikes entire job.  Today he oversees everything related to the offer now program on the Lamacchia Realty side and he is the senior most executive for Lamacchia Development. Mike thoroughly enjoys the position and he is known for working with sellers to help them and the Lamacchia Realty Realtor figure out what is truly best for the seller. He possesses the highest level of ethics and always making sure to instill that in agents.

As a member of the company’s official leadership team Mike is involved in all major decisions on direction of the companies.

“I love how appreciative our clients feel about what we do.”

From the initial walk-through, I sensed that Mike McGrory was confident my unit would show well and it was just a matter of time. He explained the whole process. We set a realistic timeline and price; the process began. It got a good number of hits (and appointments).
Your business plan (the association with “my other team” at Dorner Law & Title) is really perfect – not just in good logistics, but the folks there meet the same standard of professionalism. It confirmed across the board that my situation was in expert hands. Sometimes it was a team effort but my calls and emails were all answered quickly. Everything was as my neighbor claimed, and as Lamacchia promised. Thank you for putting a mechanism in place to help me. The “blue ribbon” is for the efficiency and professionalism of how you deliver with best-in-class service. You assembled a great team!

Thank you, thank you for making the sale of our condo so easy! I can’t say enough about how quickly and smoothly everything went. Mike McGrory really put our minds at ease when explaining the process. The staff is so personable and professional it’s no wonder your business is so successful. I would 100% recommend Lamacchia Realty to anyone in need of a great Realtor and wish you guys the best of luck in the future!!

It was a pleasure working with you and the entire team at Lamacchia Realty. The process was very well organized and executed from the first meeting with Mike McGrory to the final closing. All of my questions and concerns were answered promptly and the sale went much quicker than I expected. I would highly recommend your company.
Thanks for everything.

Michael McGrory was fantastic to work with, and we truly had a great experience buying our home. He was unbelievably professional, hard working, and responsive. We really appreciated how smooth the whole process went from day one. Mike immediately set us at ease and went above and beyond to get all of our questions answered, following through with everything we asked along the way. We love our new house and we wholeheartedly recommend Lamacchia Realty and Michael McGrory.

I just wanted to express my utmost appreciation to your staff and especially Jackie Louh. From the moment we met with you in the office to meeting Mike McGrory at the house, I was very impressed by the professionalism and concern of each of the parties that were involved in the sale of my parents’ home. I was touched at how caring and understanding they were at my dad’s particular situation at hand. I was also amazed at the technology used to get the information out to the public as well as the pictures Adam took of the house… very impressive. As for Jackie, she kept me in the loop all the time and was a great negotiator, not to mention very patient and understanding.

I’m glad that I pursued the information that Jill introduced me to regarding Lamacchia Realty … working with your company and staff was the perfect match for us, especially in such a short turnaround time.

I went to Lamacchia Realty to sell our home on the North Shore and it turned out to be a very good decision. The day after I called I met Mike who is a true professional. Mike was very knowledgeable and his advice was key to the sale. We were then assigned to Jackie as our Listing Agent and I cannot say enough to express our total satisfaction with Jackie. As we moved through the process of listing, showings, offers and a P&S Jackie was on top of every issue and her counsel and suggested direction was excellent and she did all this with a most positive attitude. If we Buy/Sell again it is unquestionable that we will go to ML Realty.

I just wanted to express my utmost appreciation to your staff and especially Jackie Louh. From the moment we met with you in the office to meeting Mike McGrory at the house, I was very impressed by the professionalism and concern of each of the parties that were involved in the sale of my parents’ home. I was touched at how caring and understanding they were at my dad’s particular situation at hand. I was also amazed at the technology used to get the information out to the public as well as the pictures Adam took of the house… very impressive. As for Jackie, she kept me in the loop all the time and was a great negotiator, not to mention very patient and understanding.

I’m glad that I pursued the information that Jill introduced me to regarding Lamacchia Realty … working with your company and staff was the perfect match for us, especially in such a short turnaround time.

Hey Jackie, a note of true thanks to you, as well as Anthony and Mike. You all did a marvelous job of helping us to market and sell our family home. You helped to make the entire process less stressful and easier to comprehend. Thank you for your constant contact and patience. Thanks again,

Anthony Lamacchia, Cindy Johnson, Angela Walker, Mike McGrory and the entire team at Lamacchia Realty,
We wanted to say a Big Big Thank You to all of you for all the hard work, personal attention and expertise we received from everyone at Lamacchia Realty Inc. regarding our recent transactions with you. We realize we had a unique situation which included selling two properties and buying one unique property which was a house with an In-Law apartment.
Angela and her team handled everything flawlessly from beginning to end. We were kept up to date every step of the way and our questions and concerns were addressed promptly and knowledgeably.
Cindy was a pleasure to work with. With her knowledge of the market and Real Estate Industry we felt confident we were working with the best in the search for our new shared home!
Everyone at the office was very friendly, knowledgeable and delightful to deal with during what can be sometimes be a stressful time. We appreciate everything and know that we worked with the best there is!! We couldn’t be happier in our new home.

Mike, Lamacchia Realty is an outstanding company to deal with. Your information regarding the property in Stoughton, ie: selling price was excellent. We spoke with many Realtor companies before selecting your company. The reason, other companies did not think the price we wanted for the house was a reality. How wrong they were. You came with a higher price, what we actually wanted and you were able to sell the house quickly.It was a pleasure to not only work with you, but also Lamacchia Realty.I have seen many homes for sale here in Stoughton with your signs. These homes were sold quickly only after after your company became involved. Your advertising is accurate. We would use your company again.
Thank you

I found myself in a situation where I suddenly needed to sell two homes and I wanted to do it quickly with minimal effort. I perused the web looking for different Realtors in the area, and of course, I had heard of Lamacchia. Their website was very professional and offered lots of insight into the services that they could provide. After meeting with the sales manager Mike, and talking with Krissy, I was comfortable that they had the experience, dedication, and the devoted team that I required. After six weeks, Lamacchia sold both of my properties and assisted me in navigating through the mires of realty that I feared so much. It was a pleasure working with the entire team and I would highly recommend their services to anyone serious about selling their home! 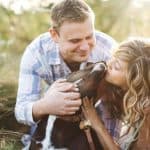 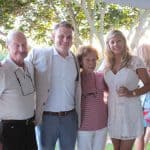 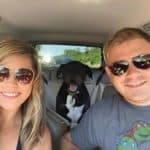 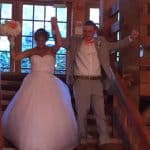