The Lamacchia Housing Report presents overall home sale statistics and highlights the average sale prices for single families, condominiums, and multi-family homes in Massachusetts and Southern New Hampshire for March 2017 compared to March 2016. It also looks at other metrics like Homes Listed and Pending, as they are often the best indicators for predicting future trends in the market.

Massachusetts surprised us and had a robust March, with overall home sales up just over 11%! Prices also rose, though not quite as strongly, with an increase of just under 4%. 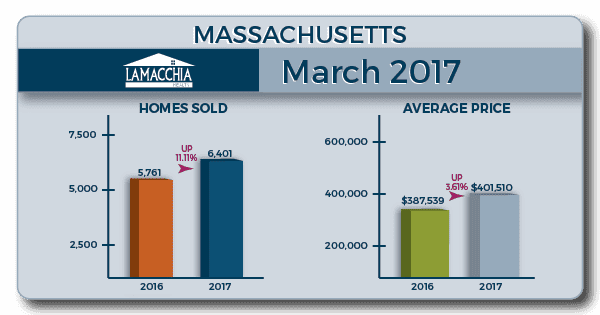 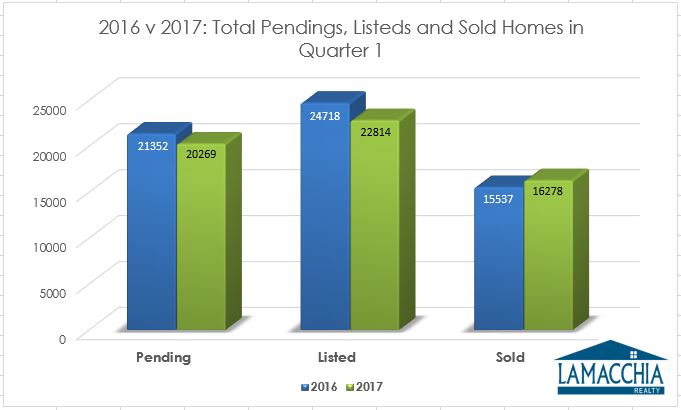 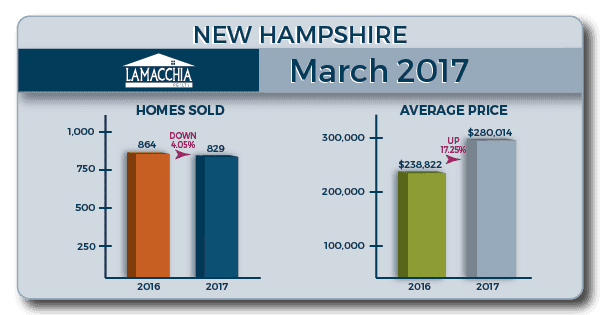 It was a bit surprising to see sales numbers rise for the month of March, as we had the feeling that sales would be down as we alluded to in our February 2017 Housing Report. Pending sales were down in January, February and March so it is mathematically unusual for sales to be up like this.  The lack of inventory and the apparent hesitation for sellers to list their homes in February were also signs that sales would stay down for March so this is a welcomed surprise.  With pending numbers down this month, we can also theoretically predict that the sales will be down for April despite the 11% sales increase this month.   Buyers in this current market are frustrated, but as we explained in our recent post, nothing lasts forever, and balance should be restored to the real estate market come summer.  Anthony Lamacchia also explained this on April 17th in his market update video.