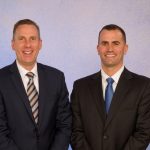 We’re pleased to announce Lamacchia Realty was named one of the Boston Business Journal’s 2014 Pacesetters, a list of the fastest growing private companies in Massachusetts, for the second year in a row. It’s a testament to our excellent team that consistently offers unrivaled service to all of our clients whether they are buying or selling a home.

We work and focus extremely hard to stay ahead of the market and to not only service clients’ needs but also deliver service that they would never get anywhere else.

To make the Pacesetters list, a company has to report annual revenue growth of at least 20 percent from 2010 through 2013 and must be a private company headquartered in Massachusetts. This year’s list includes the 70 Massachusetts companies that recorded the highest growth rate in revenue as of Dec. 31, 2013.

Chris McIntosh, publisher of the Boston Business Journal, says the annual Pacesetters list “is all about the entrepreneurs and companies that make Massachusetts one of the most dynamic and innovative economies in the world.”

In January of this year, we announced our company had more home sales in Massachusetts than any other agents or teams in 2013, putting us at the number one spot in home sales for the fourth year in a row.

Last year we launched a comprehensive training program called REAL Training, which stands for Real Estate Education Advancement for Life, which provides our Agents with training that answers real world situations and to empowers them to take their business to the next level. REAL Training prepares them to better service home buyers and sellers and includes innovative strategies to help Agents compete in today’s real estate market.

In August of 2013, Inc. Magazine named us one of the fastest growing companies in the U.S. We rank 64th in the list of Top Real Estate Companies in the U.S.; ranks 86 in Top 100 Massachusetts Companies; and achieved rank 80 for the Top Companies in the Boston Metro Area. We earned the position of 2285 on the 2013 Inc. 5000 list. This is the second time our company has appeared on the list.