All Agent Sites Company Announcements
Lamacchia named Chairman of Government Affairs Committee
Previous article
Benefits of Renting from a Landlord Who Uses a Property Management Company
Next article
How Home Sellers can Beat the Competition and Sell for More This Winter!

Since 2011, Anthony has been involved in many committees and work groups with the local, state, and National Association of Realtors including the Massachusetts Association of Realtors Government Affairs Committee which he has been a member since 2012. This committee’s main goal and vision is focused on supporting and protecting Realtors and the rights of every citizen of the Commonwealth to purchase, sell, develop, lease, manage, own, and use private property with the fullest freedom possible. 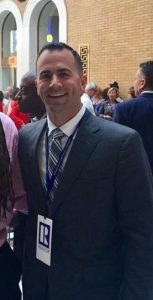 Due to his experience with government issues in Massachusetts and federally along with his continued advocacy and his support of private property rights, Rita Coffey President of the Association named him the 2018 Chairman of the Government Affairs Committee.

“Out of all the committees and various groups I serve on this is my favorite one. Being involved first hand in our states legislative affairs that pertain to Real Estate is a lot of fun and is very interesting. Prior to getting involved I had no idea how much the Realtor Association and this particular committee did for us and for private property rights. I am honored to be named Chairman,” stated Anthony Lamacchia.

Some of the current issues that the Committee is covering are:

As Chairperson, Anthony will run the monthly meetings along with his vice chair and friend Amy Wallick of J. Barrett & Company Real Estate.  He will also be directly involved in conversations with various state representatives and have meetings at the state house.

Anthony Lamacchia at the National Association of Realtors annual legislative meetings in Washington D.C. May 2017

“I am also very excited about the members of this year’s committee we really have a great group and I know we will get a lot of things done for Realtors and homeowners.  I am very excited for the year,” said Lamacchia.

Anthony is also a member of the National Association’s Conventional Lending and Finance Committee and REAL Valuation Committee. Last year he was Chairperson of the CFPB work group where he presented two new policies to the Board of Directors that were passed and became official policy.  In addition, Anthony is a President’s Circle member of the Realtors® Political Action Committee, which gives financial support to members of Congress who support real estate causes.

Previous article
Benefits of Renting from a Landlord Who Uses a Property Management Company
Next article
How Home Sellers can Beat the Competition and Sell for More This Winter!