The Lamacchia Housing Report presents overall home sale statistics in Massachusetts and Southern New Hampshire for June 2016 compared to June 2015.  The report highlights the average sale prices for single-family homes, condominiums, and multi-family homes. It also looks at other metrics for Massachusetts like Homes Listed and Homes Pending, as they can be the best indicators of future trends in the market.

There were 10,751 homes that went pending in June 2016 in MLSPIN compared to 11,325 in June 2015, which represents a 5% decrease year-to-year.  Though this isn’t a drastic decrease, these numbers insinuate that the total homes sold will begin to slow down in the months to come. 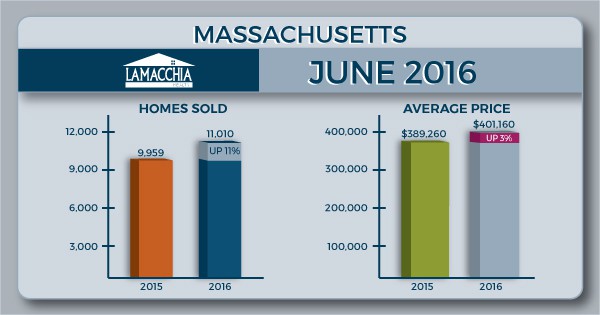 June was another solid month for southern New Hampshire, with total sales up 13% and total average sale price up 12%. The percent increase in number of sales was positive across all home types, with condos at a 23% increase, multi-families at a 21% increase and single families at a 9% increase. 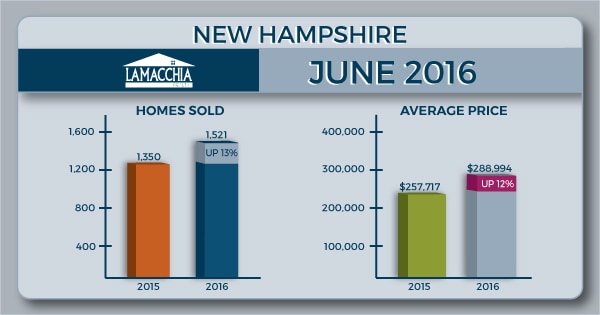 Anthony Lamacchia recently filmed a market update video where he explained how the market is currently performing.  Surprisingly, the week of July 4th was a huge week which it typically hasn’t been in the past.  Pending home sales were high at the beginning of the month but have since lowered. The tug of war between buyers and sellers continues but buyers are having an easier time finding homes now.