John is the Company’s Business Development Manager. John’s primary goal is to assist in growing the company with likeminded agents. His position includes things related to bringing on new agents and ensuring the current Lamacchia agents are happy and achieving their goals.

John has been with the Company since the Spring of 2016. During his short time as an agent, he sold over 30 homes and very quickly became a leader in the company.  It became evident in his time with the company, that his people skills, knowledge of the company, and networking ability would be best used as a Business Development Consultant for Lamacchia’s Worcester, Leominster and Westford offices, which is a role he took on in March of 2018.  John excelled in this position and contributed significantly to the massive growth the company has seen. He genuinely cares about the wellbeing of each and every agent in the company and goes above and beyond to assist the agents anyway he can. That, coupled with his undeniable leadership skills, is why he was promoted to Business Development Manager in the Summer of 2019.

Outside of Work, I Enjoy:

“Outside of work I love to travel. Recently have been to Bermuda and Italy, but absolutely love to do day trips in New England and have taken multiple trips to Yellowstone National Park and fell in love with it!”

“My favorite charity is the Nicholas James Foundation for Autism”

Do you have Pets:

“Being part of the Business Development Team at Lamacchia gives me a chance to do so many things! Starting with supporting our existing agents with any aspect of their job, helping new agents grow their business whether they want to sell 5 homes or 50 homes, we help them achieve it, and scouting experienced agents to join the Lamacchia family. I get to plan outings for our agents and also get involved in activities in the communities we serve through charity events or from being part of multiple Chambers of Commerce.”

Over the past year we worked with Lamacchia Realty to find us the perfect new home. My long time friend John Millen was our realtor. He was quick to start the process and get us looking at new homes. We looked at many and even put offers on many and felt as if maybe we should wait, wasn't the right time. John insisted it will happen, and sure enough September 2017 we purchased our new home. It definitely was some work to get it done quickly. I recommend John Millen to all my friends that are looking to buy or sell. Thanks again John

I highly recommend John Millen. He made the process of selling my home seamless and stress-free. Will definitely use him again in the future and anyone considering selling their home should give John a call if they want a Carefree and hassle-free experience

Thank you so much John Millen for all your help making my buying and selling experience easy and painless!!

About a year ago or so my boyfriend and I decided to start looking for a new house. I told him I knew the perfect realtor to start the process. My long time friend John Millen. He was quick to start the process for us. We looked at many houses as well as put in many offers. At times we were ready to give up. John kept saying it wasn't the house for you. He kept searching. We recently purchased our new home in September thanks to the help of John. I recommend him to get the job done either is selling or buying. Thanks Bud... The Stacy's😉

After deciding to sell my home, I went with Lamacchia after hearing great things about the company. The reviews were right! My realtor, John Millen really simplified the whole process. He answered any and all my questions. Went totally above and beyond for me and had my house sold in about a month. Lamacchia is a great company and I’m looking forward to doing business with them again in the future!

I contacted Lamacchia Realty after hearing great reviews. My realtor, John Millen made the process seem so effortless. He returned all calls promptly and answered any and all questions I had. He had my house sold in just about a month. I would recommend Lamacchia to anyone looking to buy or sell a home!

First time buyers. John Millen sat us down, explained the process, and basically took control throughout the entire experience. He listened to our questions, called and texted whenever a new lead popped up, negotiated several items while sticking to our price range, and never made us feel uncomfortable or pressured. This past weekend, I just mowed my lawn for the first time. Thanks John! 10/10

Lamacchia was a fantastic company to work with when buying our first home. John Millen was our realtor and he didn't treat us like another client, he treated us like family. He was supportive, dedicated, and extremely knowledgeable on the whole home buying process. He put us at ease and made the process as easy as possible. I highly recommend John And the entire Lamacchia team!!!!

John Millen is one of the best. I could call him at anytime with any question and he always always had an answer. We saw many listings and he would acomodate to what was good for me. Always smiling and always treated us as if we where family and that made our buying experience very easy. Thank you John for everything we look forward to working with you again.

Lamacchia Realty was an exceptional choice for us to help us find our perfect first home! We worked with John Millen from Lamacchia and could not have been more pleased with our experience. John was very knowledgeable about the area, the process and everything we had questions about. He made himself available at any time for questions, house showings, and paperwork. He went above and beyond what we were expecting from any realtor and would highly recommend John and Lamacchia Realty to anyone looking to buy a home in the area. It was a pleasure doing business with them and we will definitely be contacting them in the future with any home buying or selling needs!

John Millen is the most kind, informative real estate agent I’ve ever had. Now he’s a good friend. Thanks John for everything you do!!!

My experience with Lamacchia Realty was great!! John Millen was a great guy to work with. I would highly recommend him as an agent. Very helpful and informative.

John Millen really helped us out! Awesome guy to work with. Would definitely recommend to everyone!

I would like to thank John for the recent sale of my condo, he negotiated a cash deal that was above what I was “hoping” for and one of the highest prices in many years at our complex. It was under agreement in 24 hrs after being listed. He kept me informed and made the transition a smooth one I couldn’t be happier. While I’m here I would be remissed if I didn’t mention the amazing work Lamacchia as a company did, the professional pictures came out AMAZING , the crew printed up some very cool pamphlets with pictures and description (Which I have a bunch of because the condo didn’t last long enough for an open house, a nice keepsake for my first ever home) Great Job THANK YOU!

I just want to take a moment to recognize and share our experience with Lamacchia Realty, and our realtor John Millen, for a job well done. John was a PHENOMENAL Realtor. He was professional, eager, aggressive about selling our home, and overall so willing to help and go the extra mile for us as sellers. He made himself available to us pretty much round the clock, going above and beyond the spectrum of the norm! The transition of selling/buying a home could be and was so stressful and John really took a lot of stress off our plate, especially selling our home during the FIRST open house (we previously had our home on the market for a year). If you are considering selling your home (or even buying), John was AMAZING as well as the support he received from Lamacchia. Thanks again for everything!!

John Millen did a great job selling our house and getting us into our new home. I would recommend John and Lamacchia realty and team if your looking to buy or sell.

I was very impressed with the service provided by Lamacchia. We had some issues with our closing and Lamacchia helped make it happen and did all they could to make our closing experience as easy and quick as possible! We love our new home and couldn’t thank Genevieve and John enough for all their support and help! Would recommend this company to anyone looking to buy or sell their home! Thank you, Lamacchia! 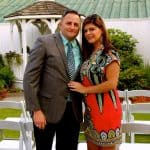 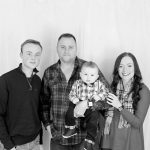 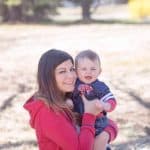 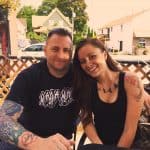 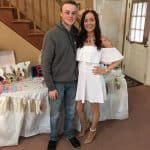