In The News
John and Anthony Explain Why Rents are Going Up in Boston on FOX25 Morning News
Previous article
Why Have Rents in Boston Gone Up?
Next article
Announcing the Lamacchia Realty Housing Report 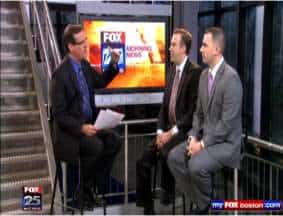 Read related blog post: Why Have Rents in Boston Gone Up?

If you’ve been looking for an apartment in Boston this news comes as no surprise to you: rents in the city are climbing, now averaging over 1600 bucks a month. Inventory is low making it tough to find a place, joining us this morning to shed some light on all of this and what it means for the housing market our real estate experts here, John McGeough and Anthony Lamacchia joining us from Lamacchia Realty and first of all what is driving up the rents?

Good question, primarily it’s just the demand. You’ve got more folks who used to own a home they’re not owning now over the past 5 years they have either been foreclosed on,  they short sold their home or they’re just not interested in owning for awhile,  so you have more demand and you’ve got this limited supply.

We’re all familiar with the bubble that burst in the housing marketing and everything seems to climb and then burst, is there room for more growth here in terms of how much rent people are charging or do you think this at some point this is going to level off or maybe come down?

I think rents are going to continue to go up a couple more years because there are still people getting out of homeownership .That homeownership rate was like 69% at its peak in ’06, and now it’s anywhere between 62 and 66 percent depending on the area so I think that it’ll go down a little bit more which is going to drive rents up a little more because people have to live somewhere.

So this is a reflection of sort of what’s happening in the housing market, but it won’t affect sales do you think, because people are going to need to move out anyway know what I’m saying?

That’s a good question, I’d say it will have some impact on sales because a lot of these folks who are renting they could opt to buy, they’re just choosing based on  possible uncertainty in the market, or just some folks just aren’t ready to purchase. You know we always encouraged our buyers to commit to buying, it’s a long term experience so I would say that yeah it’s going to have a slight impact on sales and I think as Anthony highlighted, you might have just a little more of a decline in overall pricing.

I want to follow that up Anthony, is part of the equation at all the fact that if you can pay 1600 bucks a month that’s a mortgage payment for some people, is the down payment the issue, is difficulty getting a mortgage or credit part of that too?

In some cases that’s it and in some cases people are scared. You put the news on you think prices are collapsing they’re really not. There was a period from ‘06 to ‘09 that prices went down a lot but now they’ve been kind of floating along the bottom so what’s going to happen is people are going to start to realize wow, I can own a home for almost the same as I can rent. It might even be cheaper in some towns. As that starts to happen more and more over the next couple of years with the interest rates so low people are going to get right back into homeownership.

So it’s a psychological thing at play here, mortgage rates are great, inventory pricing is good, all things point to: hey it’s a good time to buy.

As an example yesterday they hit another all time low, 3.75% for a 30 year fixed so if you’re borrowing $350,000 it’s like $1625 as far as a mortgage payment so that is comparable now to the average rent out there so it’ll be interesting we’re always shocked more folks aren’t buying it is such a great time to buy.

And lastly real quick on this, if you do have a house that hasn’t been sold does it make sense to rent it out?

It depends, if people are going to be getting out of the home temporarily, maybe a temporary job relocation, something like that, then fine, but if people are in a situation where they can’t afford the home, and we all know there’s a lot of people in those situations right now, renting it is really just a temporary band aid, because most people’s mortgages are higher than what they can get for rent now because their mortgages are from 5 years ago, so you don’t want to rent for a year and then be in the same situation a year from now that you can’t afford it, and now you’ve got a tenant in the house.

Thanks guys as always Lamacchia Realty we appreciate the expertise.

Previous article
Why Have Rents in Boston Gone Up?
Next article
Announcing the Lamacchia Realty Housing Report