It’s a Buyer’s Market… For Now.

It’s finally that time of the year, albeit later than usual, when the market is shifting into the buyer’s favor.  Though on a grander scale inventory as a whole is lower in 2017 than it was in 2016, the past few weeks exhibited a spike where the number of homes listed was higher than the same time last year.

The graph below depicts how this year’s inventory is at the highest it’s been since before January, yet this entire year is lower than last.  It’s interesting to note that the ups and downs mimic each other almost exactly throughout each year. 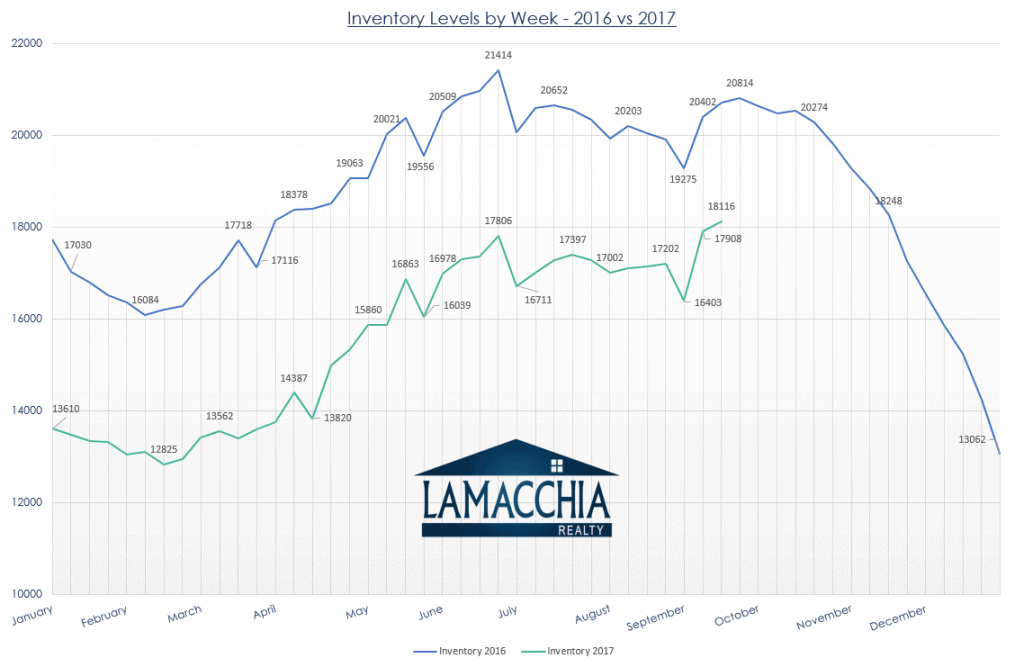 The beginning of the year was frustrating for buyers as many homes were sold through bidding wars which drove prices up and made the homes that were available almost unattainable due to the competition.  The high demand for homes caused them to sell nearly as fast as they were listed- the PAC-man effect we mentioned in a blog earlier this year– leaving little room for buyers to be selective.

The number of homes listed over the past couple of weeks increased significantly from the end of August, but if trends follow last year’s progression that number will begin to decrease soon, so buyers should take advantage now.  As of last Saturday, the number of homes listed dropped from the week before, so we are already beginning to experience this year’s decline- almost as quickly as we experienced the upswing.

The graph below shows how the number of homes listed is still relatively high at this time, but already beginning to decrease, making it very clear that buyers need to get out there immediately. 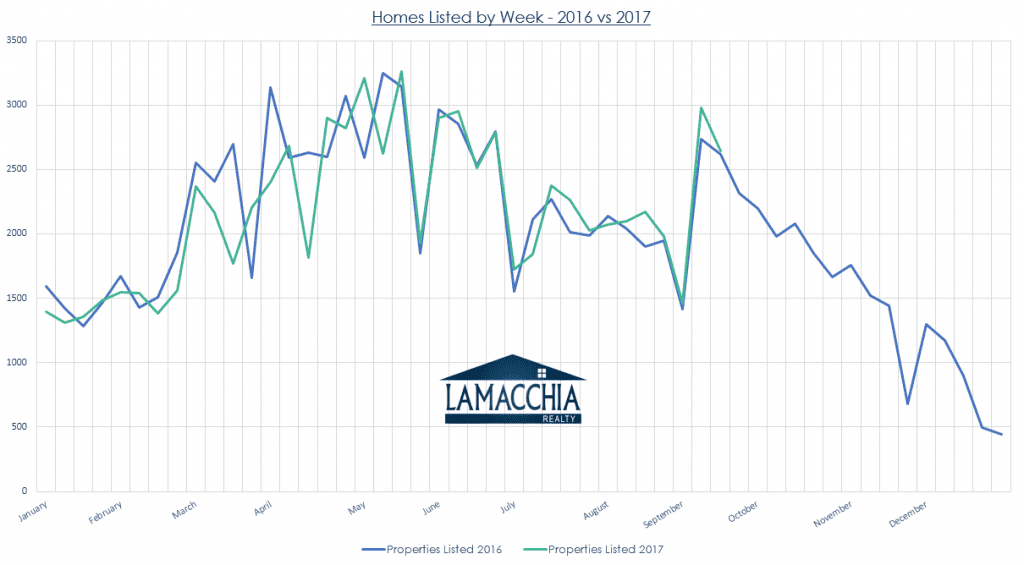 The tables are turning where the number of homes on the market can supersede the number of buyers.  This gives buyers the opportunity to shop around and are less likely to have to battle for the home they want in a bidding war.  Like anything in the market, it doesn’t last forever and the impetus is on the buyers to get out there and take what they want now before the market shifts once again. 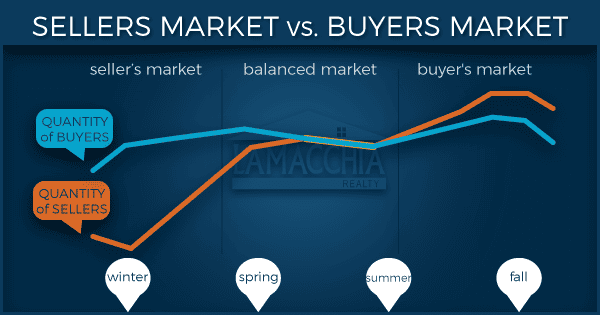 In the Sellers Market vs. Buyers Market graphic, we can see that the fall market swings into the buyer’s favor every year because the quantity of sellers is higher than the quantity of buyers.  This diminishes the competition buyers have for homes.  We originally created this graphic for a blog in the winter when the market was harsh and competitive for buyers as the number of sellers was dramatically lower than the number of people buying.  Fall is a terrific time to buy, so contact us at Lamacchia Realty so we can help you find the home you want.