Housing Report for Q1 2014 in Massachusetts and New Hampshire

Average selling prices for homes stayed flat in Massachusetts for the first quarter of this year in nearly all counties compared to last year’s numbers, according to data provided by MLS Property Information Network, Inc. (MLSPIN).

As you can see from the chart below, Suffolk County average home prices are nearly off the charts, reaching the highest point they’ve ever been. The average price for a home in Suffolk County is now $692,294. In other counties, average prices remained flat or dipped slightly.

Why are prices so high in Suffolk County? As the economy improves, more professionals are moving into the Boston area and many of them are buying up homes as soon as they come on the market. In fact, as we reported yesterday, demand has outpaced supply more for condos than single-family homes, especially in Suffolk and Middlesex counties. The number of days a home is on the market in Suffolk County has fallen 13% this past quarter compared to Q1 2013. Low housing inventory continues to affect the market. As of today there are 7% fewer homes on the market in Suffolk County and 15% fewer homes priced $350,000 or less. Fewer homes to choose from and more buyer demand has forced prices way up. And for the first time, the average selling price for a condo in Massachusetts is now higher than the average price for single-family home. 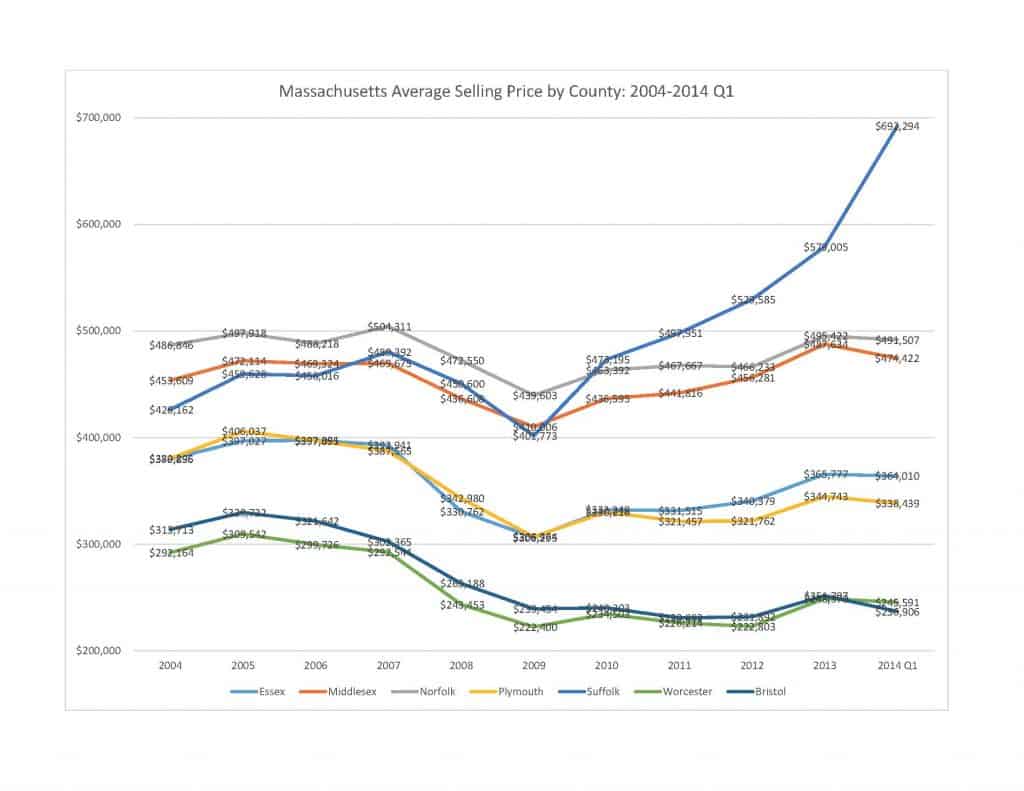 The Government Shutdown last October delayed home sales transactions because some buyers decided to put off buying, which affected sales in the months that followed including the first quarter of this year. Multiple snow storms and below-normal temperatures this past winter also affected sales for the quarter since there were fewer sellers putting their homes on the market which created the lowest inventory in 10 years. Low housing inventory is another reason sellers delayed putting their homes on the market. They worried they wouldn’t be able to find a new home to buy. 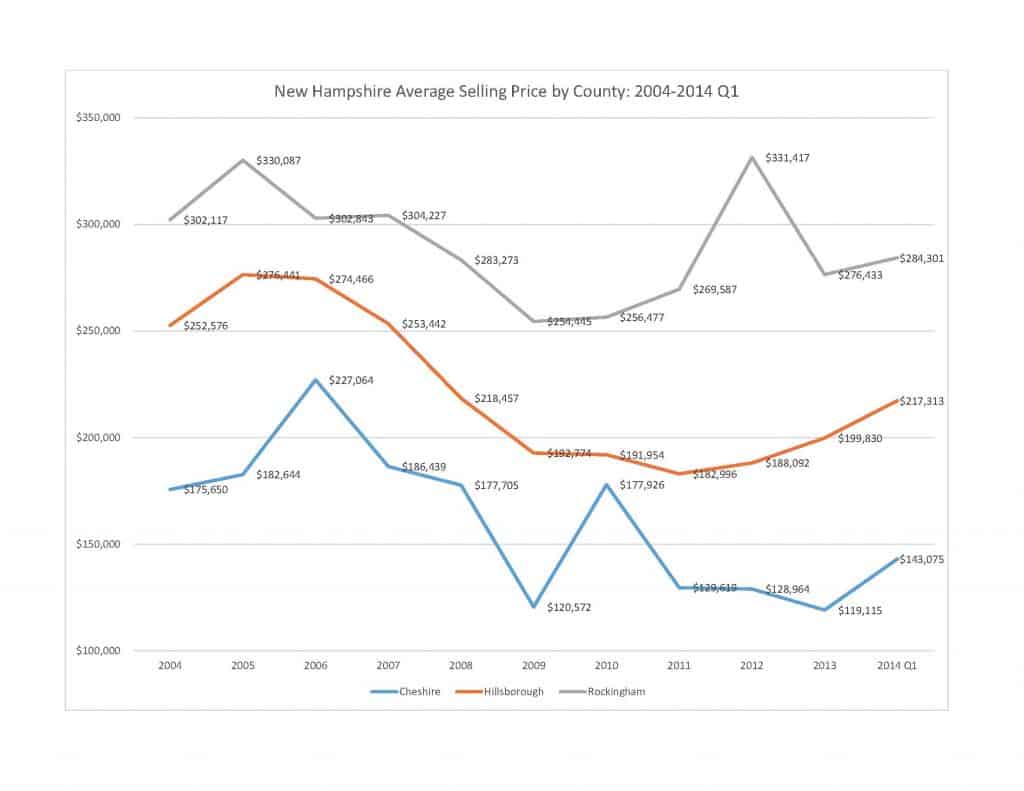