Every November around this time many home sellers are asking their Realtors if they should take their home off the market for the holidays.  This is because of the common misconception that buyers just don’t buy homes in November and December.  Well that simply isn’t accurate.  If you are serious about wanting to sell your home you should not take it off the market for the holidays and this blog will show you why.

Home sellers who listed their homes in late summer or early fall, and who have not been able to sell their home,  tend to be the ones who feel this way.  What many sellers usually don’t realize is that their home was listed during the highest inventory levels of homes for sale all year which made it harder for them to sell.  The peak in inventory, both this year and last, occurred between the middle of September and the end of October.  Now that we are in early November, inventory of homes for sale will decrease each week for two reasons.  First buyers who want to buy by the end of the year panic every year around November 1st.  They realize that they had better find a home if they want to buy this year so they make offers on homes.  We have seen signs of this starting over the last week.  Second many home sellers do give up on selling and take their homes off the market. This in many ways makes November and December a better time to be on the market than September and October due to the decreased inventory.

This graph shows the inventory of homes for sale in Massachusetts last year from September 1st to December 31st.  You can see that as you get closer to the holidays inventory goes down. 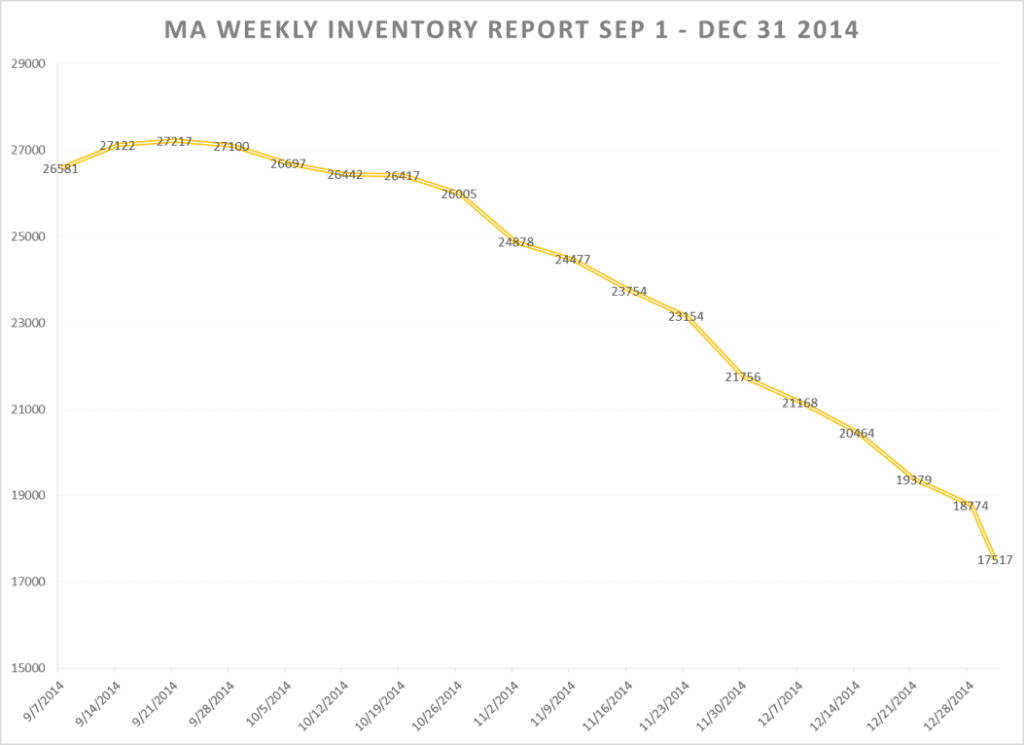 This graph shows homes for sale and pending in Massachusetts per week from September 1st to December 31st 2014: 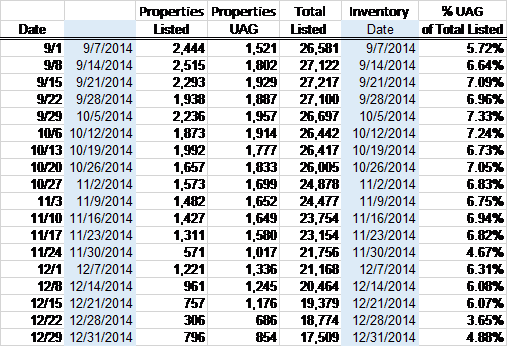 Even though the market did slowdown in early October it has still been a busier fall with more activity than last fall and the pending home sale statistics do back up that notion.  In September and October the average amount of pending sales per week was 7.77% which is almost a full percentage point above the exact same period in 2014.  All signs point to the same trend occurring in November and December that we saw last year, which will only be slightly less than 7.77%.

This graph shows homes for sale and pending in Massachusetts per week from September 1st to November 1st, 2015:

Home sellers need to remember that buyers who are out looking for a home in November and December are much more serious buyers.  So there may be less casual lookers but there are not really less buyers.

Anthony was on the Fox 25 news back in early December 2011 and he explained why home sellers should not take their homes off the market in the winter. One thing Anthony pointed out is that you have no chance of selling if your home is not for sale!  To watch that segment click here: Anthony talks to Gene Lavanchy about Selling a home in the Winter.