Canton is a residential community in Norfolk County about 20 miles southwest of Boston. It’s close to major routes 95 and 93 and is about a half hour drive to Boston. Canton is has two stops on the Providence/Stoughton commuter rail line. There is also bus service to Canton from the MBTA Mattapan Station. The population of Canton is 21,561. 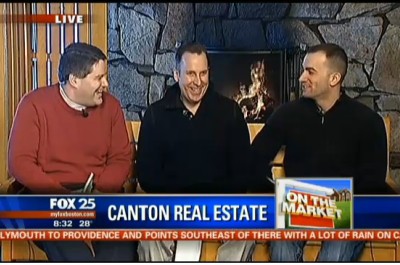 What Makes Canton a Great Town to Live In?

Canton is home to the Blue Hills Ski Area where we were for the On the Slopes segment with the newscasters from Fox 25 Morning News. Blue Hills Ski area has 60 acres of skiable terrain and twelve trails. Blue Hills is a family-friendly ski area and the perfect place for skiers of all levels to get out on the slopes.

Many companies are incorporated in Canton including Dunkin Brands, Reebok, and Interpolymer Corporation, which is a contributing factor in the town’s low unemployment rate of 5.1%.

Canton is home to the Irish Cultural Centre which sponsors the Annual Boston Irish Festival as well as a Children’s Cultural Camp, a week-long day program where children take educational classes in step dancing, Irish language, arts and crafts, storytelling and Irish sports.

The Museum of American Bird Art at Mass Audubon in Canton is an art museum located on a 124-acre wildlife sanctuary. Their exhibitions feature art by internationally recognized artists inspired by nature. There are plenty of dining options in Canton as well, including popular Takara, which serves Japanese cuisine. For traditional fare, Canton residents also enjoy going to the Suffolk Grille or the Canton Junction Sports Pub.

Do You Live in Canton?

Tell us what you like most about Canton or send us your photos!