The Lamacchia Housing Report presents overall home sale statistics and highlights the average sale prices for single-family homes, condominiums, and multi-family homes in Massachusetts and Southern New Hampshire for August 2016 compared to August 2015. It also looks at other metrics like Massachusetts Homes Listed and Pending, as they are often the best indicators for predicting future trends in the market.

As a complete change from last month’s double-digit downs, this month we saw increases in both number of sales and average sale price across all categories – single families, condos, and multi-families. 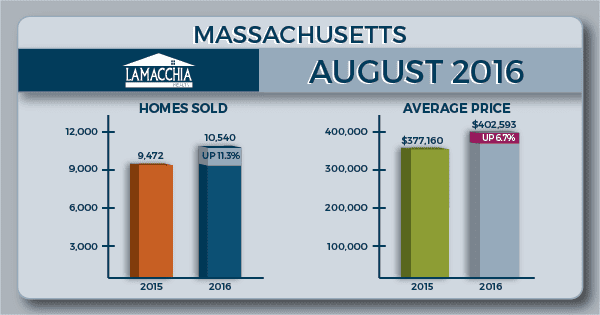 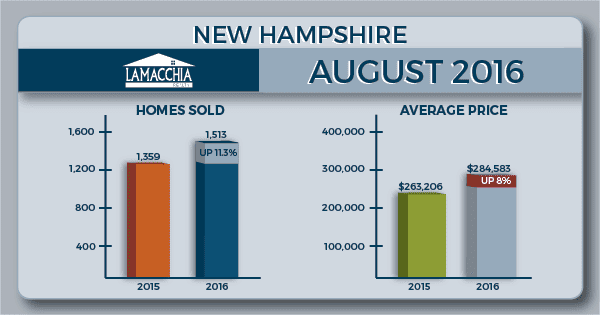 There were 9,095 homes that went pending in August 2016 in MLSPIN compared to 8,700 in August 2015, which is a 5% increase year-over-year.  This is a definite indicator that home sales will be up in September and likely for months to come.

It’s interesting to note that MA and NH home sales are both up 11% and that MA listed and pending homes both show a 5% change, positive and negative respectively.  August was a solid month of round numbers and one that implies our fall is going to be a busy one!  Now that we are into fall and inventory is rising each week, as it typically does in September, Home Sellers need to be especially careful about how they price their homes.  Just last week we put out a blog on What to Consider When Pricing Your Home which helps sellers make informed decisions when approaching this step in the listing process.