The Lamacchia Housing Report presents overall home sale statistics and highlights the average sale prices for single families, condominiums, and multi-family homes in Massachusetts and Southern New Hampshire for April 2017 compared to April 2016. It also looks at other metrics in Massachusetts like Homes Listed and Pending, as they are often the best indicators for predicting future trends in the market.

So far, 2017 has been up and down – January started off the year very strong, then February home sales fell in every category. In March, we were back up and now in April, we are down. 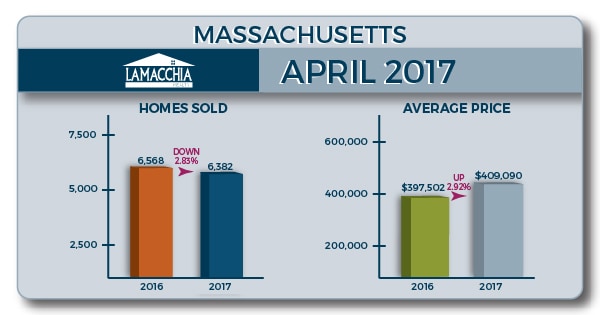 From May first to the 15th, however, the number of homes listed is up 3.14% from last year which is hopefully an indicator of rising sales in the months to come.

As of May 15th, however, pending sales were up 8.67% from last year at the same time, indicating that the market’s activity could be stronger in the months to come. 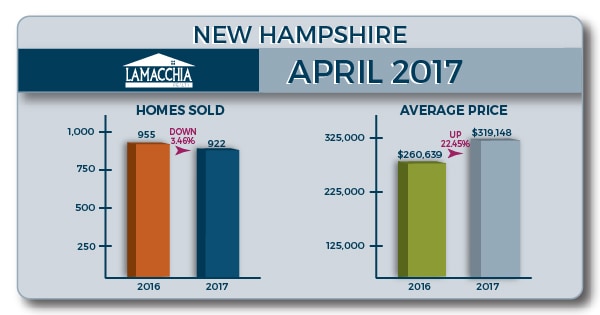 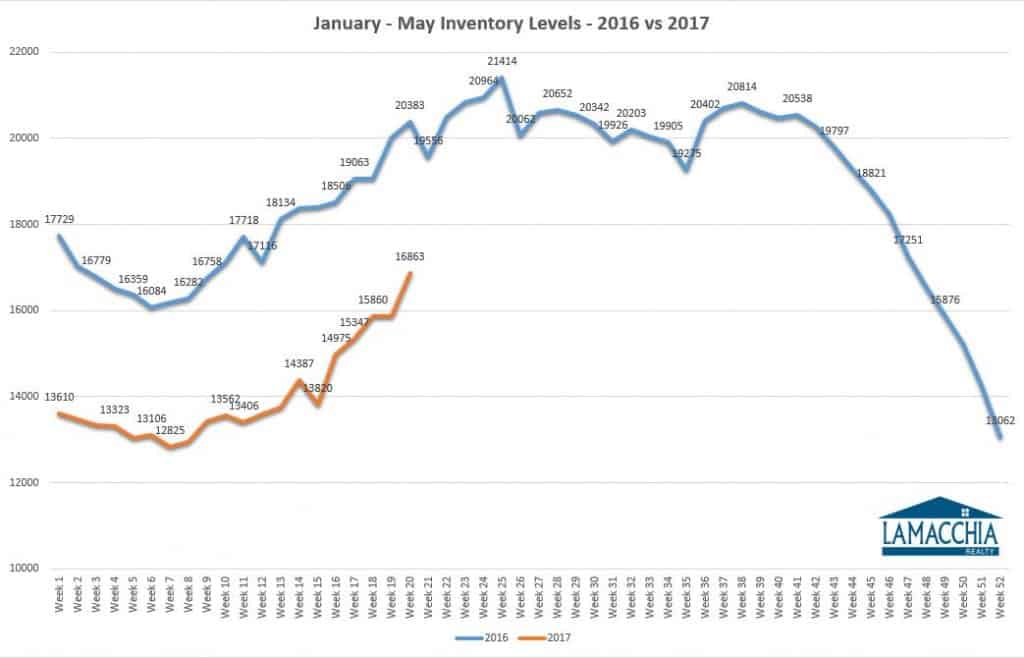 With both pending and listed numbers down from last year in April, it seems that sales will be down in May.  But it could go the other way if you compare April’s pending and listed numbers to March 2017, which shows an increase.  As well, with these numbers up from the first to the fifteenth of this month, we can hope that June will produce higher sales and will more than likely stay around the same in terms of average sale price.  As you can see in the graph above which depicts inventory levels in 2016 and 2017, though the numbers for 2017 are down, they’re following the same trend in movement, which then projects that next month will see a general increase.

There are still plenty of buyers out there looking for homes. The only thing we should keep in mind is that typically May, June, and July listings sit slightly longer on the market because the number of homes listed increases and that swings the sale pendulum slightly more into the buyer’s favor, as the selection is greater and the prices drop. We are at the very beginning of the market shift that we explained in our recent post.  Click here to read more.