There were 5,513 home sales of all types (single-family, condo, and multi-family) in April, a 1% increase compared to home sales last April, when there were 5,465 homes sold. This is the first month since January overall home sales are up compared to the same period last year.

As we reported earlier this month, the demand for condos is high, particularly in the Greater Boston area. More baby boomers are downsizing and moving into condos, and more young professionals moving into the area due to the influx of high-tech jobs. 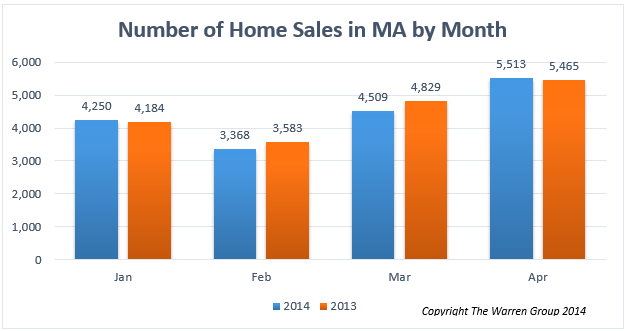 Although housing inventory is starting to pick up, it’s still not enough to satisfy demand for homes, which is pushing prices up across the state.

Average home prices for single-family, condo, and multi-family homes have all gone up in April of this year compared to April of 2013.

New Hampshire Condo Sales Are Up