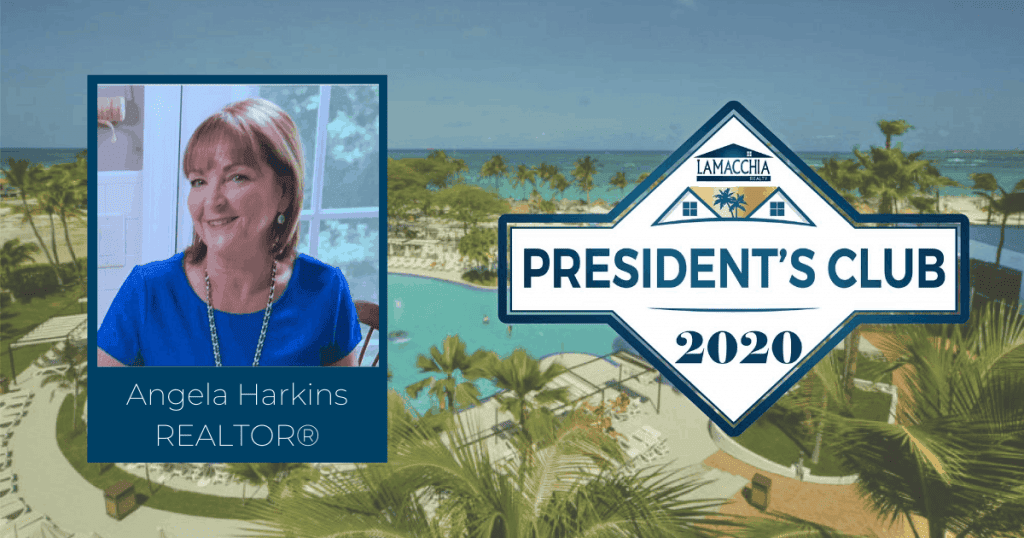 September 1, 2020 – Lamacchia Realty is happy to announce the newest member of their 2020 President’s Club, Angela Harkins.  Agents must achieve a certain number of transactions or sales volume in order to qualify for the prestigious President’s Club. This year, Angela accomplished this impressive feat with 33 transactions to date! Angela works with buyers and sellers all over Northern Massachusetts and Southern New Hampshire.  In January, Angela won the award for being number one in sales volume and most sales in the Westford Office for 2019. She is very well known and highly respected for her deep knowledge of the ever-changing market. This is Angela’s fourth year in a row making the Lamacchia Realty President’s Club.

Angela Harkins joined Lamacchia Realty in August of 2015 when the company expanded with a new office in Westford, Massachusetts.

“I am not at all surprised to see Angela make our President’s Club once again! Since her joining our company 5 years ago, she has been nothing but a positive force within the company not only due to her number of sales but because of what a truly great leader she is. I am so impressed and super excited to enjoy Aruba with her, not once, but TWICE in 2021!” – Anthony Lamacchia

The Lamacchia Realty President’s Club was announced in 2017 where qualifying members are recognized in select marketing collateral throughout the year and will be sent on an all-expense-paid trip. Members of the 2017 and 2018 President’s Club, along with a portion of the Leadership Team and the Employee of the Year, flew to Hotel Riu Palace Antillas in Aruba in 2018 and the trip was such a success that it is anticipated that 2019 members will be vacationing at the same resort in spring 2021. 2020 members will join in on the fun in the same location in fall 2021.