March 2017 saw the lowest rates of mortgage delinquencies of the past ten years according to CoreLogic’s Loan Performance Insights Report.  Active mortgages that are 30 days past due or more are down 0.8 percent to 4.4 percent from 5.2 percent in March 2016. 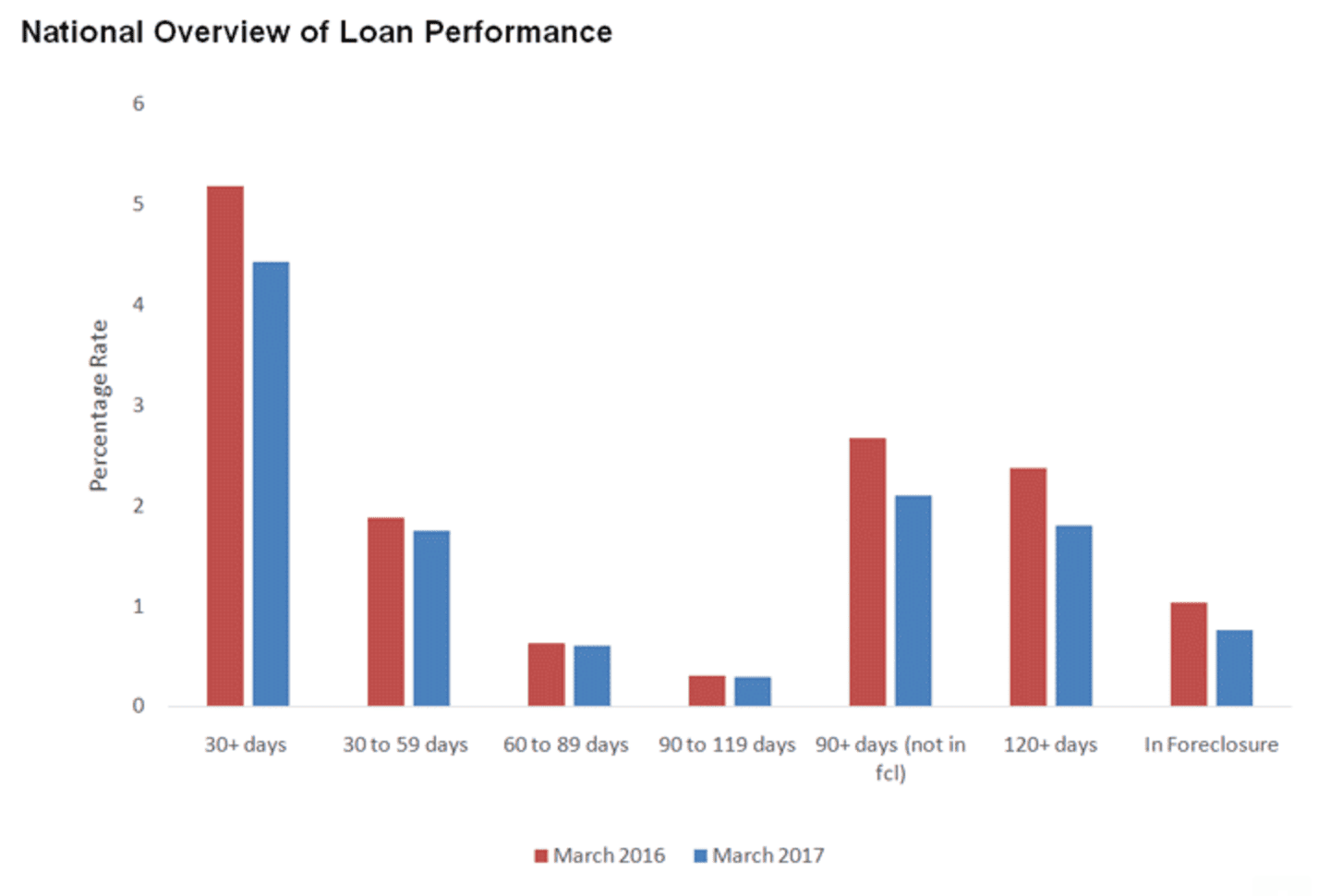 “Dropping delinquency and foreclosure rates reflect the beneficial impact of stringent post-crisis underwriting standards as well as better fundamentals such as higher employment, household formation, and home price gains,” CoreLogic President and CEO Frank Martell said. “Looking ahead, we expect these positive trends to continue as the industry shifts its focus toward solving supply shortages and looming affordability crises in an increasing number of markets.”

Due to these delinquency rate improvements, which prove that the more rigorous standards for underwriting mortgages have improved the viability of the post-crisis market, we have seen Fannie Mae offer an easier approach to calculating the DTI for student loan borrowers.  In January 2017, FHA made an attempt to cut the Annual Premium by 0.25 percent back down to its before-crisis rate, but Trump later suspended indefinitely along with other freezes upon his inauguration. These rate adjustments were intended to make it easier for first-time homebuyers or those with student loans, to enter the housing market.  Fannie Mae intends to adjust their debt-to-income ratio requirements for prospective home buyers carrying student debt in late July.