This Lamacchia Mid-Year Housing Report presents overall home sale statistics as of the first six months of 2019 compared to the same period last year, January 1st to June 30th, 2018. Highlighted in this report are the average sale prices for single-family, condominiums, and multi-family homes in Massachusetts along with the number of homes listed for sale and placed under contract. 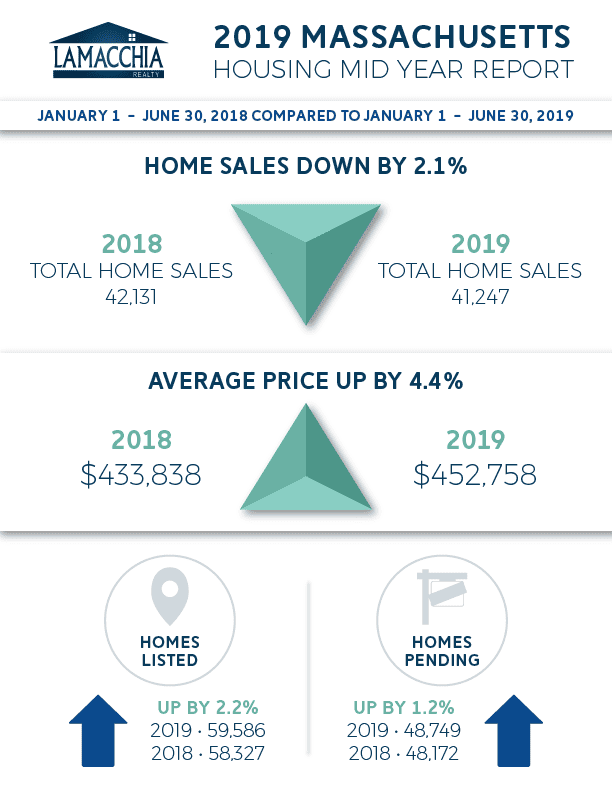 There was a total of 41,247 homes (including single families, condos, and multi-families) sold in Massachusetts in 2019- 884 fewer sales than 2018 in the same timeframe,

Below is a graph that illustrates home sales in the first six months of the year each year since 2017.  Though we can clearly see a pattern; a slight dip in February with increases as the months progress, this year’s sales dipped year over year in three out of six months. 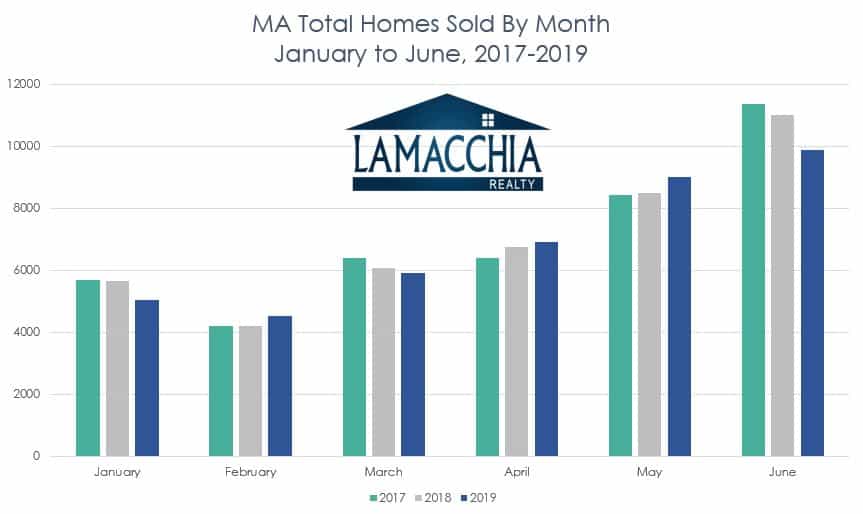 Prices Up 4.4% in Massachusetts

As you can see in the graphic below, 2019 prices increased over 2018 every month so far this year- last year exhibited the same pattern over 2017 as well. 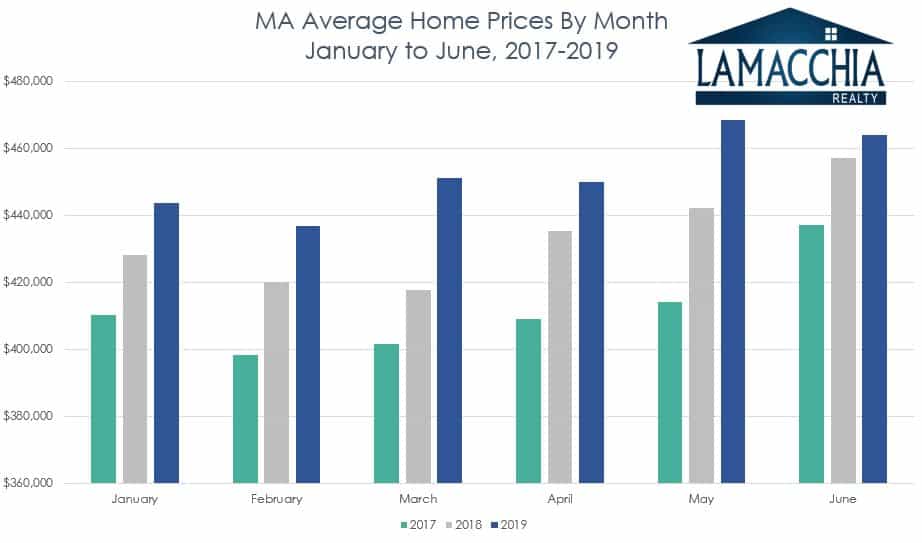 There were 2.2% more listings the first half of this year over last, equivalating to 625 more homes listed on the market.  The significant decrease in inventory during the last part of 2018 may have been the cause for the increase in inventory the first part of this year.  All those sellers were waiting for the new year to sell, after the holidays.

Pending home sales are up just a slight 1% in this first half of the year over last.  It’s interesting to note that though homes listed and pendings are up, that sales are down.  Part of this has to do with the typical closing timeframe of a traditional sale and we’ll see these pending sales close in the months to come.  Homes aren’t selling as fast as they’re being listed and we can see that because pendings aren’t up as much as listings.  This indicates that it’s time for sellers to consider adjusting their prices to attract more serious buyers, and it also indicates that buyers are taking their time with the increased inventory in Massachusetts- which is up about 3.4% as of July 23, 2019 as noted in our June housing report. 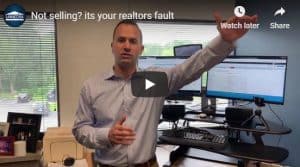 The beginning of 2019 brought us the first January in six years that inventory was higher than the year before and not only was it up, but it increased by a very significant 24%.  Pendings were up in January which meant that buyers took advantage of the homes listed at the time and made offers right after the holidays.  Despite this jump in inventory, buyers still outnumbered sellers and cannibalized the inventory making it the typical winter seller’s market.

The rest of the first half of 2019 saw ups and downs with the number of homes listed and put under contract, as the market was influenced by a sudden and unpredicted drop in interest rates, making it less expensive for buyers to obtain mortgages and less urgent for sellers to make price adjustments.  But, due to the time of the year, sellers do need to consider adjusting their list prices if their home hasn’t received strong buyer interest or any strong offers, which Anthony explained in his recent video.  Inventory will only increase as time goes on making sellers the ones who have to work to get what they want.

Due to the increase in listed homes and pending sales and due to the currently balanced market which will morph into a buyer’s market by summer’s end, we are likely to see an increase in sales in the months to come. At this time in the summer here in late July, it is clear that the market is busier than it was last year at this time.  We still believe that Anthony’s 2019 predictions will be accurate and home sales will be up in 2019 over 2018. Since they are down 2% year to date this means they will have to be up a sizable amount in the months to come to make up for the lost ground.  It is our belief that they will be.  January was down, February was up, March was down, April was up, May was up, and June was down.

It goes without saying that prices will be up for the year, as there hasn’t been a single month that they’ve been down in 2019 over 2018.

Data provided by Warren Group & MLS PIN and compared to the prior year.