Sales Down by Half a Percent in Massachusetts

Despite the very active fall season for buyers, sales are down overall in 2019 compared to 2018. Monthly sales were up and down in 2019 over 2018 for Massachusetts but overall fell short by 458 sales. Fall was a productive time for buyers, as it was one of the best times to buy since 2014 and you can see that in September and October as sales were up. Prices Up by 4.5% in Massachusetts

Monthly prices are illustrated in the chart below comparing 2018 to 2019. 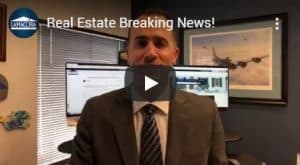 Despite January 2018 having the lowest inventory on record and no one believing it would go lower, it has. In the chart below, you’ll see that the latter portion of 2019 saw inventory levels lower than 2018 and 2017.  January tends to exhibit even lower inventory levels than the prior month, so this January will be record-breaking once again as mentioned in Anthony’s 2020 Predictions as well as in this video.

This pattern began around 2012 when January tended to begin with lower inventory than the preceding year. We see lower inventory in markets such as Leominster and Worcester as buyers are migrating away from higher-priced areas like Suffolk County to get more for their money. 2019 began with more homes listed on the market than the year before, which was a record-breaking low but that quickly changed as the year progressed with fewer homes listed in every month but March and September. 2019 ended up with 105,983 homes listed compared to 107,826 in 2018- 1,477 fewer year over year, a 1.7% decline. There were 89,620 homes placed under contract in 2019, a 1.7% increase from 2018 when 88,143 went under contract.  2019 was the best fall to buy since 2014 because so many of the 2019 sellers already did their purchasing prior to the 2nd boom in annual inventory giving the remaining buyers the pick of the litter.  In the graph above you see the properties listed spike from August to September.  In the graph below you see the fall months with increases in the number of homes sold over 2018.  Greater selection brings higher sales.  Despite the increase in prices, the lower interest rates kept homebuying attainable for buyers on a budget. 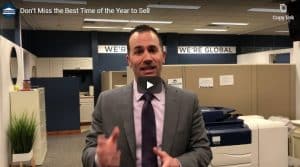 In the 2018 Massachusetts Year in Review, it was predicted that 2019 prices would steadily increase, and sales would struggle to keep up and that was exactly correct.  Prices increased every month in 2019 with an overall 4.5% increase and sales were down, albeit by only a slight half a percentage.

With the first of 2020 beginning lower than the 2018 Record-Breaking lowest inventory on record, it stands to reason that prices will continue to increase on a steady path of about 5% over the year, as noted in Anthony’s 2020 Predictions, and that sales may once again struggle to keep up.  This is a wildcard year with the upcoming elections but hopefully, the higher loan limits along with the current interest rates will maintain the affordability of the increasing home prices.

If you’re considering selling, now is the time to get ready and list as Anthony mentioned in this video! Sellers, be advised against thinking that the increasing prices mean that you should list your home for exorbitantly high prices.  Prices tend to be increased in the bidding process, as buyers compete for a well-priced home by adding more to the offer price.  Price well and the buyers will come and see the value.  Over-price, and miss your buyer.

Click here to view NH and other year-end reporting.