Want to know how the Woburn, Massachusetts real estate market is doing? In this 2017 Year in Review Housing Report, we’re looking at home sales in Woburn for 2017 compared to 2016 and how the market is currently performing in that area. 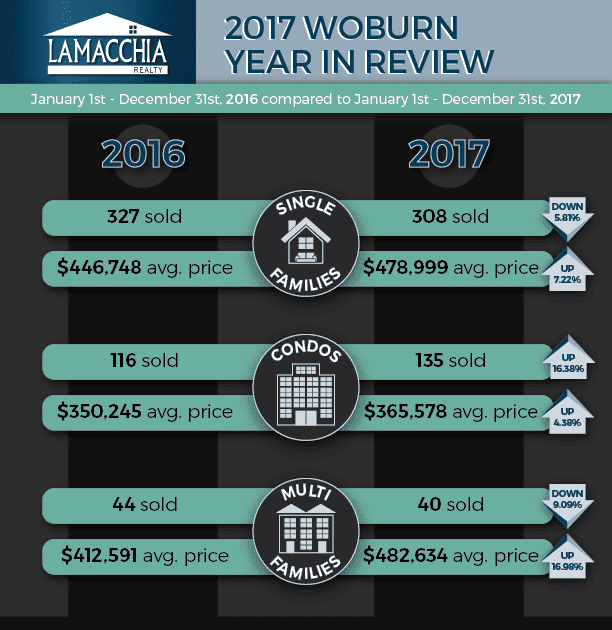 The Woburn market is performing similarly to the trends in the overall Massachusetts 2017 Year in Review, as sales struggled to keep up and prices increased in 2017.