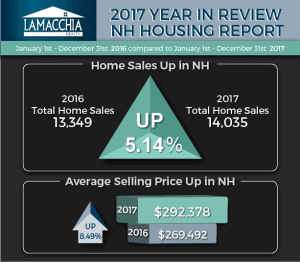 The Southern New Hampshire housing market displayed steady growth this year and when compared to the Massachusetts housing market it had a stronger year.

For this report, we are examining the three counties that make up Southern New Hampshire: Hillsborough, Rockingham, and Cheshire; and we are focusing on three property types: single family homes, condominiums, and multi-family homes.

There were only 3 months in 2017 that were higher in sales than their 2016 counterparts. February, March, and April were lower than last year, but only by an average of 3.8%.  The rest of the year showed increases over 2016, with July and November as stand out months with double-digit increases of 13.28% and 15.65% respectively. 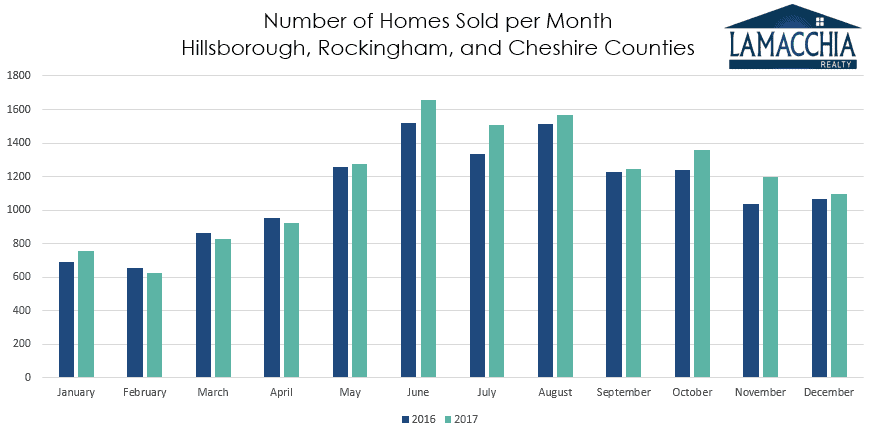 Average home sale prices remained steady throughout 2017 with every month up over 2016.  The first four months of the year showed the strongest change in January and February up over 13%, March up 17.25% and with April up almost 22.5%!    The rest of the year’s performance was more moderate, but September and November were also strong months, both up at an average of 10.7%. 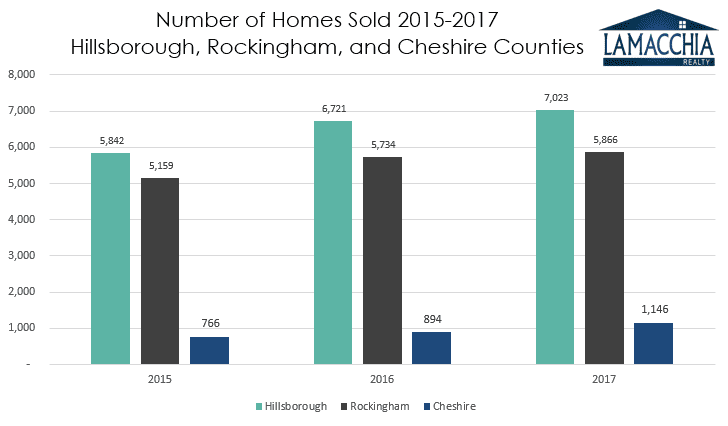 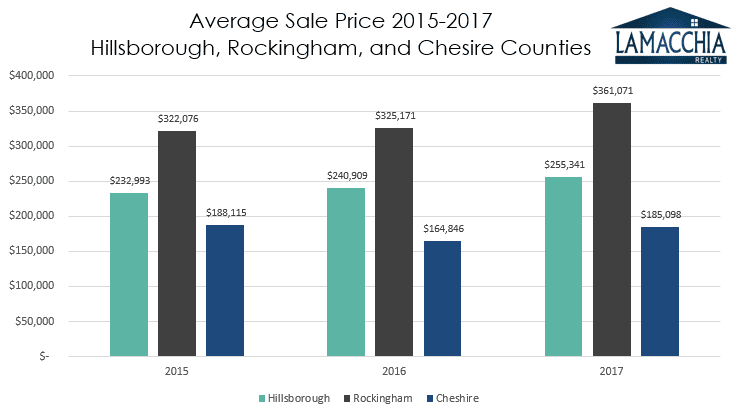 Last year we predicted that prices in Southern New Hampshire would increase and that they did.  We are likely to see a similar turnout in 2018, with sales and prices continuing to increase.  To learn more about Anthony’s predictions for 2018, click here.

Previous article
Anthony Explains How to Break Gridlock in a Frustrating Market
Next article
2017 Waltham Year in Review
Tags: