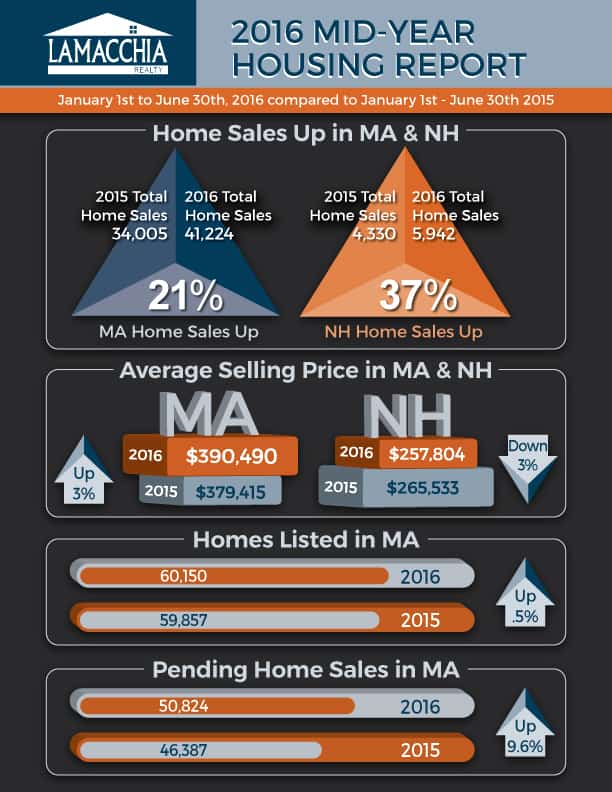 This Lamacchia Mid-Year Housing Report presents overall home sale statistics as of the first six months of 2016 compared to the same period (January 1st to June 30th) in 2015. Highlighted in this report are the average sale prices for single-family, condominiums, and multi-family homes in Massachusetts and New Hampshire.

There was an extreme contrast between last year’s start to the year with the winter’s Snowmaggedon and this year’s below average snow fall and overall mild winter. Since the weather was more favorable this year more people went on the market in February, March and April which gave the market an early start.

The early start really helped the growth of the market this winter and spring with a 21% rise in Massachusetts homes sales compared to the first 6 months of the year in 2015. There were a total of 41,224 homes sold this year compared to 34,005 in 2015. January had an increase of 28%, February increased by 29% and March had the highest bump with 30% and since, it has still been increasing but is slowly starting to creep back to normal with June being up by 11%.

Overall home prices increased by 2.92% from January 1st to June 30th with an average of $390,490 for singles, condo’s and multifamily homes compared to $379,415 in the same period in 2015. This is almost exactly the same increase as we had from 2014 to 2015.  February was actually down 2.3% but this was after January which had an increase of over 6% since then it has been a steady increase of 3%-4% each month compared to the same time last year. 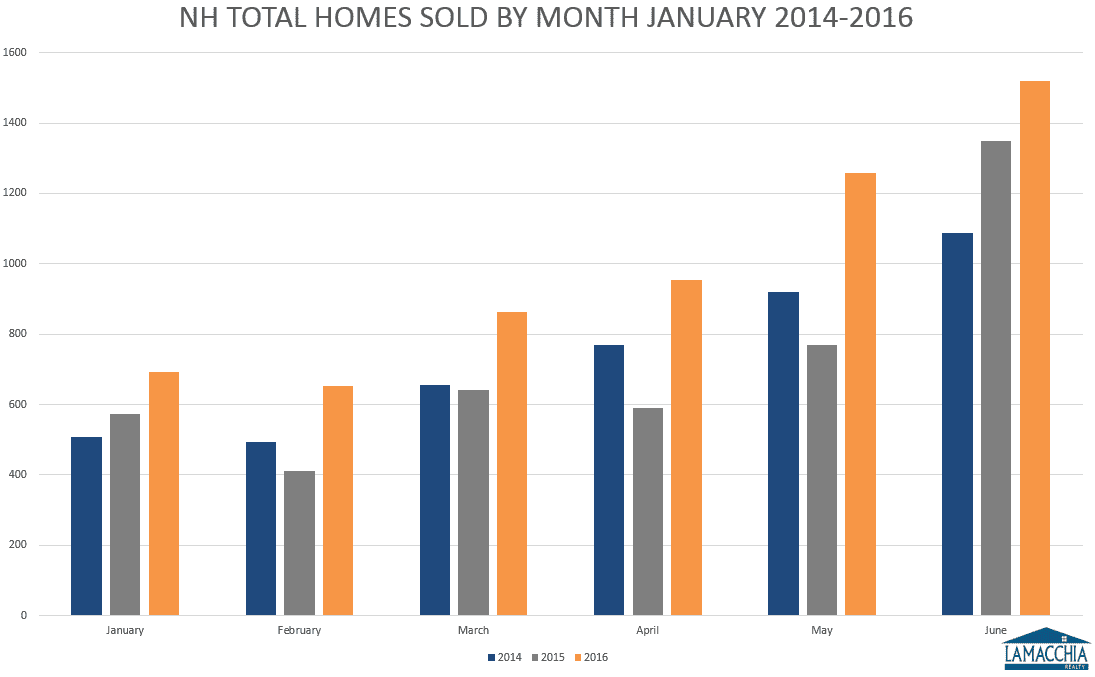 Surprisingly, home prices dipped by almost 3% with an average price of $257,804 compared to an average of $265,533 in 2015. We did not expect to see the prices dip so much from last year especially considering that home prices usually trail home sales.  It could be a fluke and could be because of some unusually low priced sales that pulled the average down.  The reasoning will be more clear in the months to come. 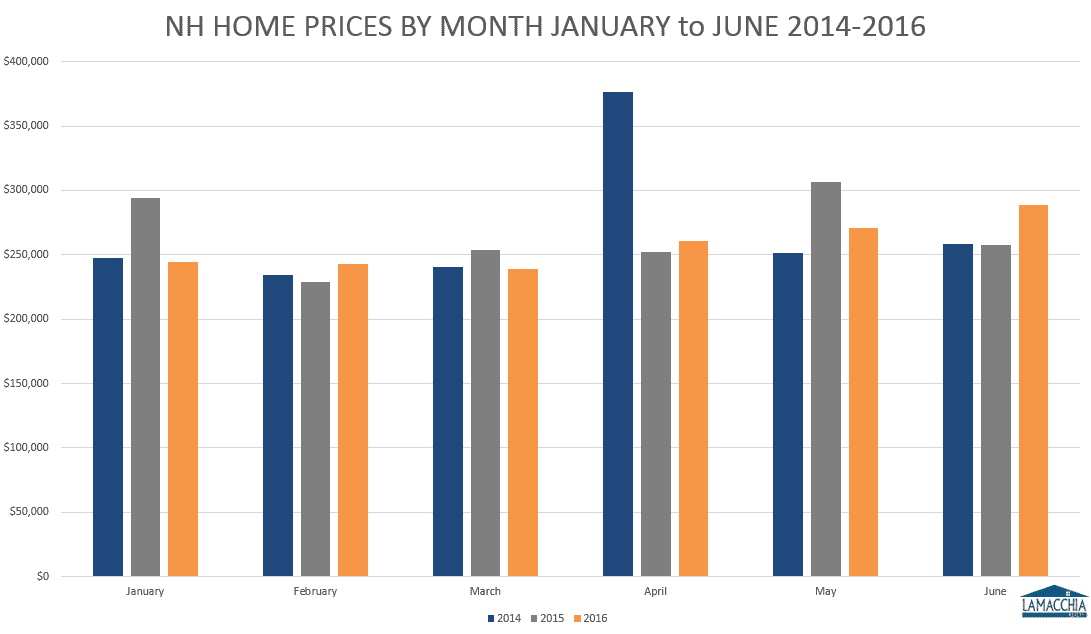 The best indicator of home sales to come is pending home sales. These numbers tell us total contracts accepted but not yet closed. From January 1st 2016 to June 30th 2016 there were contracts accepted on 50,824 homes compared to 46,387 in the same period in 2015. This represents a 9.6% increase which is strong. This clearly shows a stronger market than 2015.  However pending sales were down 5% in June so it looks like the pace of sales over 2015 will likely slowdown in the months to come.

Back in March Anthony was interviewed on WHDH Channel 7 on Urban Update and he predicted that homes sales in 2016 would be the highest since 2005.  Based on how this year is shaping up it looks clear that that will be the case.  In 2015 there was about 84,000 homes sold but it was not enough to beat 2006 which had about 88,000 home sales. If the strength of this year’s market keeps up as it appears that it will we will surpass 2006!  All indications seem to be that this will happen.  Not only the demand in the market is strong but Brexit really was a Gift with a Bow on Top to Homebuyers and that has seemed to create a surge in the market in July as buyers are trying to jump in to take advantage of the low rates. This was seen immediately after Brexit when rates dropped in the week leading up to July 4th as Anthony explained in his weekly market report on July 13th.  Over the last four months, inventory of homes for sale at a given time has tracked about 20% lower than it was a year ago.  This is illustrated in the graph below which tracks the past 18 months.

Previous article
Why Brexit is a Gift with a Bow on Top to Homebuyers
Next article
WRKO Boston.com Morning Show with Kim Carrigan – July 28, 2016
Tags: