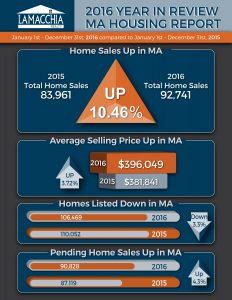 2016 was another year full of growth for the Massachusetts housing market! Even bigger than 2015 which made 2016 the biggest year for overall home sales since 2005!  We had predicted that this would happen in 2016 back in our 2015 Housing Report and Anthony explained it on an Urban Update with Channel 7 back in March. 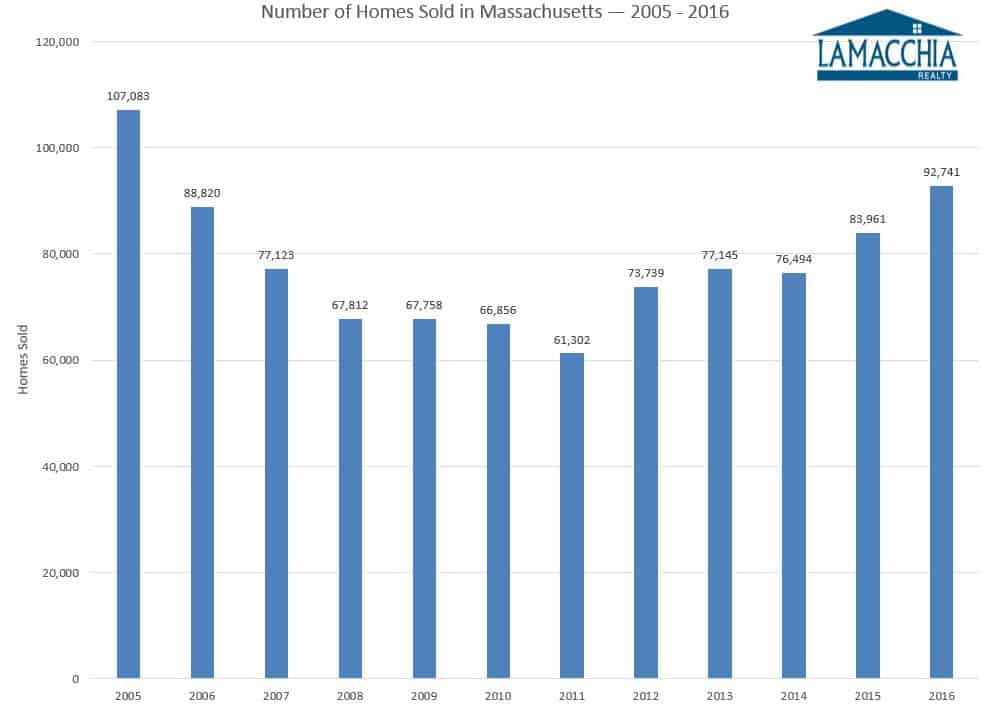 2016 only had two months that weren’t bigger than their corresponding 2015 months – July and October. Other than that, ten of the remaining 12 months saw double digit percentage growth. This mostly landed in the early months of the year. The huge snowfall we had in the beginning of 2015 pushed the usual busy spring market into summer, meaning 2016’s more typical spring season had no trouble out-performing 2015 in those early months of the year. 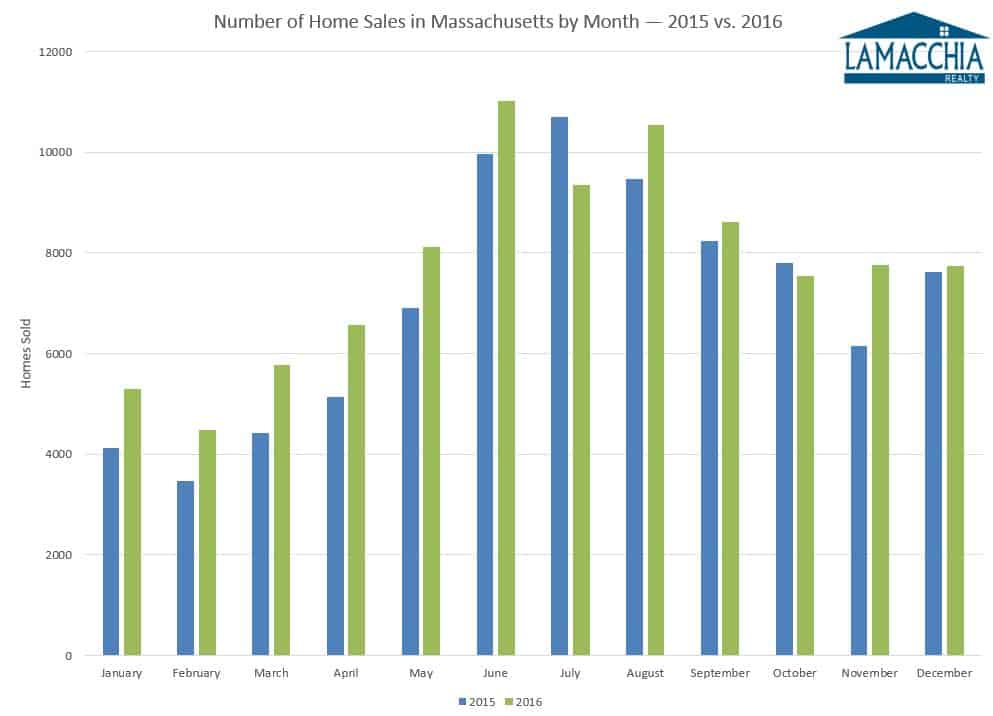 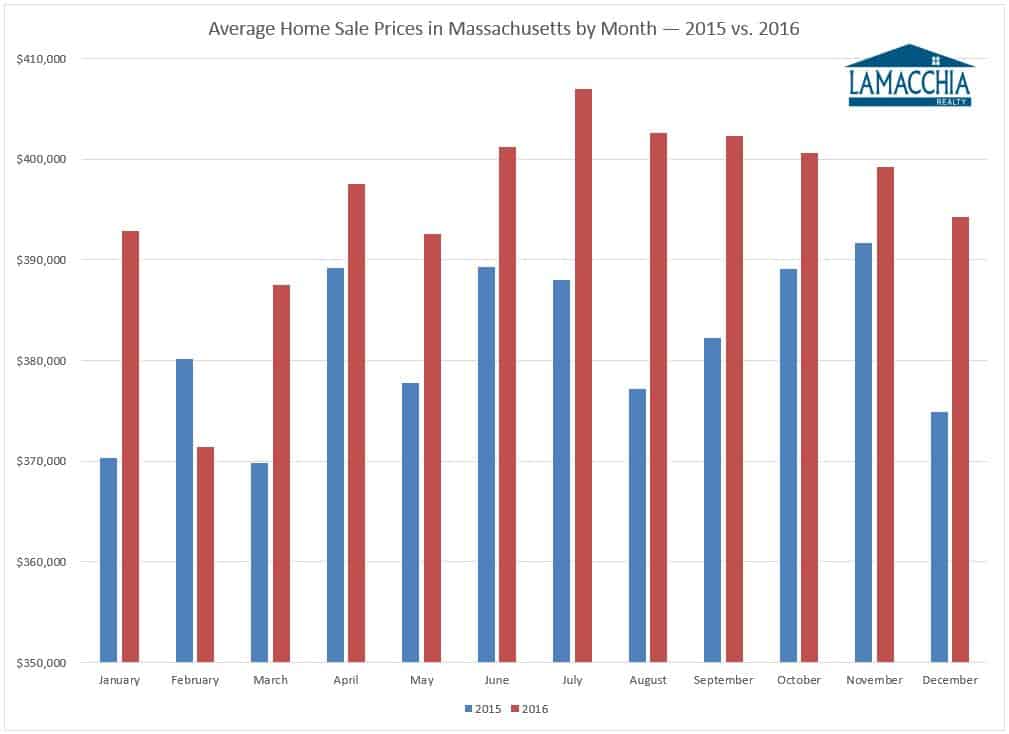 The majority of Massachusetts counties had another strong year of home growth! The only counties that fell in average price were: Berkshire, Dukes, Hampden, and Hampshire Counties. The decline in average price was small, with 2 out of 4 falling 1%, and the other two falling just under 4% each. 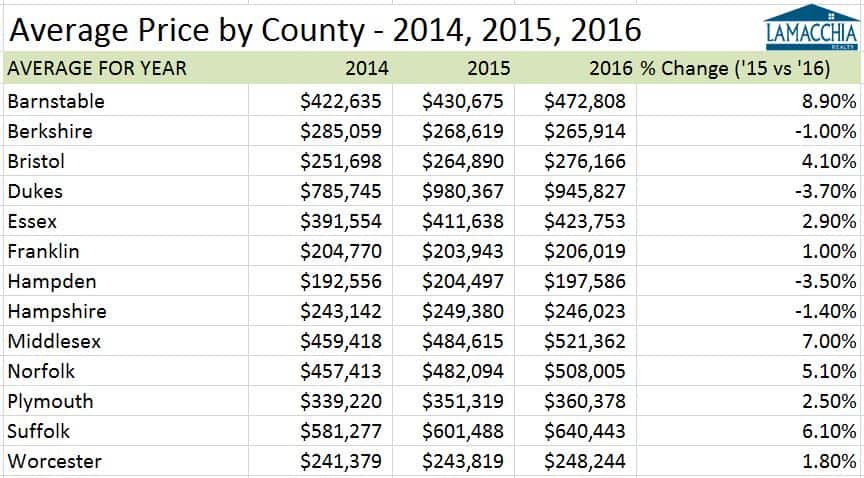 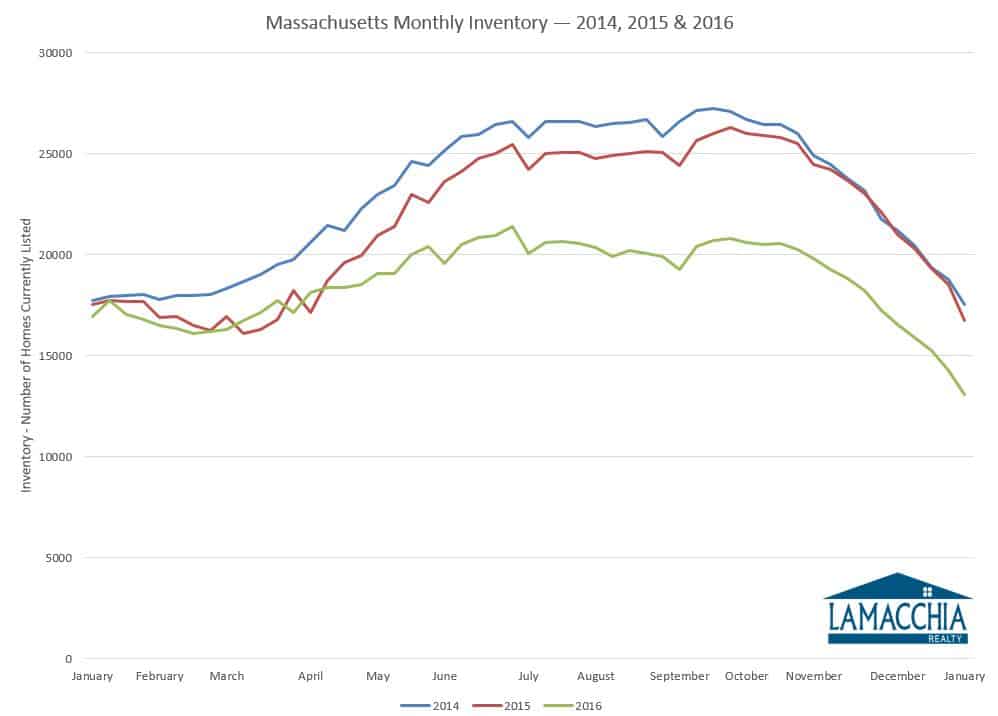 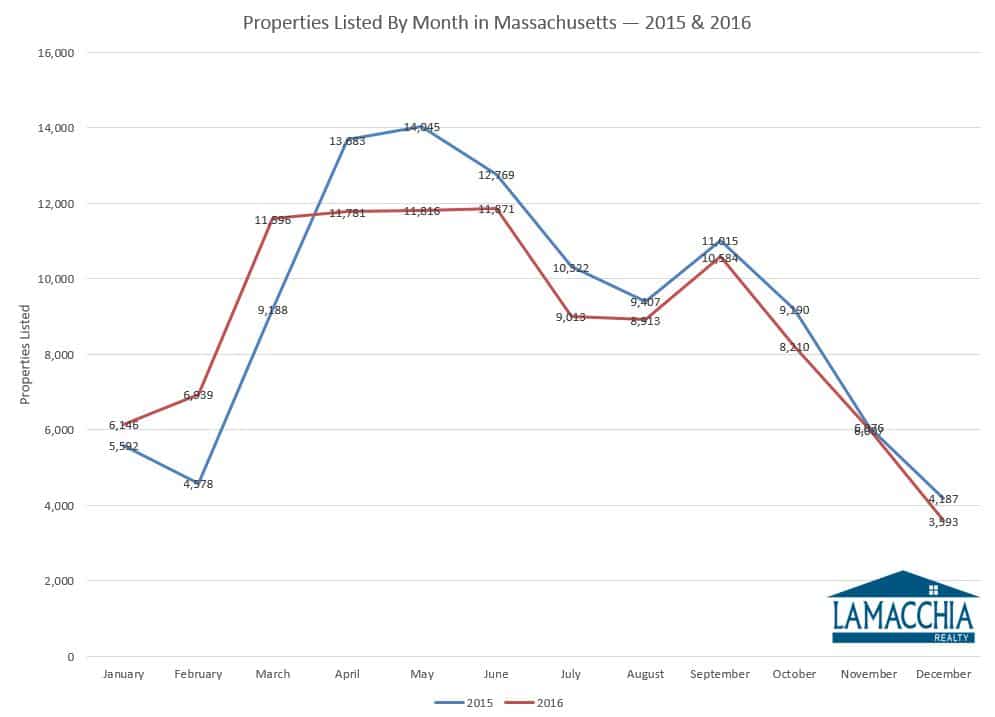 Pending sales didn’t see a startling increase, either, with 7 months out of the year having increases over 2015. 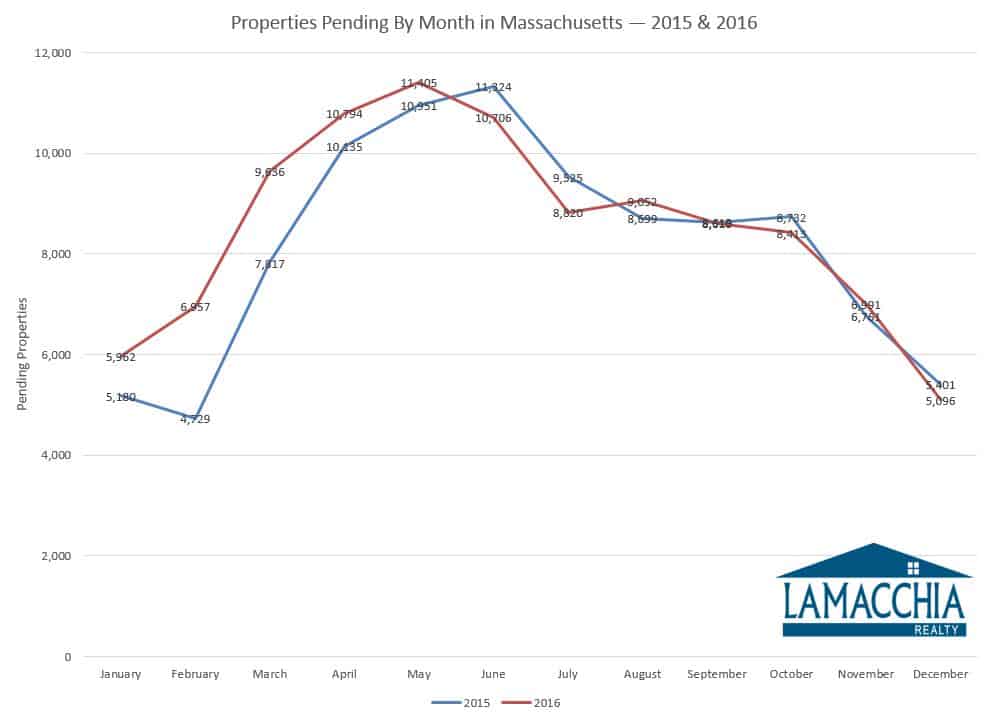 With the inventory of homes for sale currently lower than it has been this century it is clear that we will be in bidding war madness very soon.  This is exactly why we advise Sellers to List in the Winter to beat the competition and make more money.  As reported in our December housing report homes listed was actually down by 14% which is part of the reason that inventory is so excessively low. Then to make inventory matters worse the amount of homes listed from Jan 1st to 20th was about 10% less than last year.  We can only speculate that the change in Presidents may be the cause for homeowners to delay listing their homes. Perhaps they are taking a wait and see approach. Time will tell on that.

Those who list by March will be happy they did as they will sell for more.  As we get into spring inventory will rise as more and more homes are listed.  If buyer demand stays where it is inventory will likely stay below last year’s level.  This will cause prices to rise more especially in the first half of the year as we have seen over the last few years. We expect sales to be up but not by much more than 2016. Prices however should rise even more.